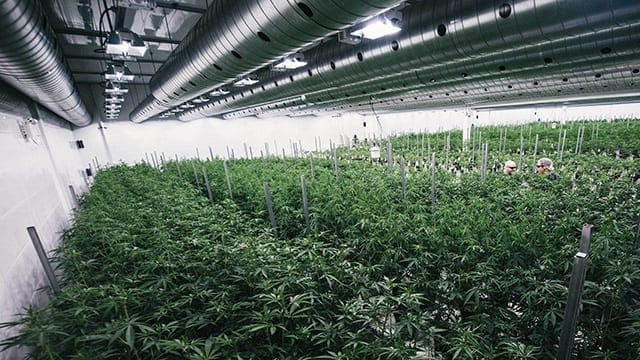 CANADA – Canada has become the second country after Uruguay to fully legalize use of cannabis for recreational purposes, presenting the food and beverage industry a pool of opportunities to explore.

The C-45 Bill, passed in the Canadian senate, grants regional provinces and territories power to determine how to sell and distribute cannabis.

This same model used in the sale of alcohol, allows each territory or province to have its own alcohol monopoly, controlling all retail sales of beverage alcohol throughout the region.

Speaking on the matter, Trudeau said Canada’s previous approach was ineffective and the move marks a slow shift in both public and regulatory attitudes towards the drug.

“It’s been too easy for our kids to get marijuana and for criminals to reap the profits,” he tweeted after the vote was confirmed.

“Today, we change that, our plan to legalise and regulate marijuana just passed the senate.”

In one of eastern Canada’s Maritime provinces, New Brunswick, the local authority NB Liquor plans to launch a chain of stores called Cannabis NB to serve as the state-sanctioned dispensary for cannabis.

The law permits Canadians to grow a small amount of cannabis at home for personal use and can be in possession of up to 30g of dried marijuana.

An opportunity for food and beverage industries

Cannabis as an ingredient, can be used in food and drinks industry and this requires regulation and distribution procedures.

Consumers may be less reluctant to try cannabis if it was incorporated in edible formats.

While limited evidence suggests cannabis can reduce nausea and vomiting during chemotherapy, improve appetite, reduce chronic pain and muscle spasms, its use has been limited due to production restrictions and other governmental regulations.

In October last year, Constellation Brands invested US$191 million in Canopy Growth Corporation, a Canadian supplier of medicinal marijuana, amid continuing discussions over its legalization.

Constellation, the owner of vodka brands like Svedka and the importer of US beers like Corona and Modelo, said the deal falls in line with its long-term strategy to identify, meet and stay ahead of evolving consumer trends and market dynamics, reported FoodBev.

Canada’s statistics agency has previously suggested that the value of the country’s cannabis industry could be between US$3.76 billion) and US$5.27 billion.

Elsewhere, the UK government announced plans to review the use of medicinal cannabis but it maintained the drug remained banned for recreational purposes.