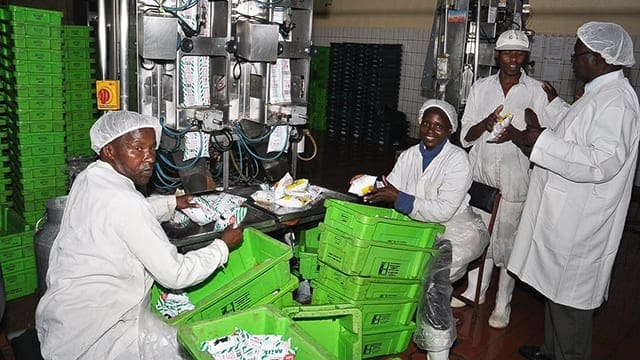 Business Daily has reported that after being left in darkness for the rest of the nights, the factory stopped receiving milk from farmers in the area.

Farmers were adviced to transport their yields to the Nanyuki depot.

A statement from the fire department stated that attempts to put out the fire at the transformer station proved futile as the blaze was fast spreading, causing serious damage.

According to New KCC’s management, the power interruption did not affect milk that was already at the plant for cooling and lifting.

“We are very devastated by the damage. The factory has had to put on hold its operations because there is no power. We cannot work without power,” said New KCC’s board chair, Matu Wamae.

Though the cause of the fire was not immediately established, Kenya Power concluded that a worn out faulty terminal cable likely caused the blaze.

“The transformer is still functional despite the damage. But for safety reasons we will have to replace it,” the utility firm’s official Kevin Sang said.

The electricity retailer further noted that although it had begun working to replace the faulty transformer, it would take a while due to accessibility issues.

New KCC which receives about 60,000 litres of milk per day for processing at the factory increased its share of raw milk intake from 23% to 35% on increasing producer milk prices.

It also recently invested more than US$9.9m in modernizing its factories in a bid to improve production and increase local market share.

As a result of a chilly weather that kicked off earlier than expected, the sector has recorded a decline in production thus milk processors are expected to raise consumer prices, according to Kenya Dairy Producers Association.