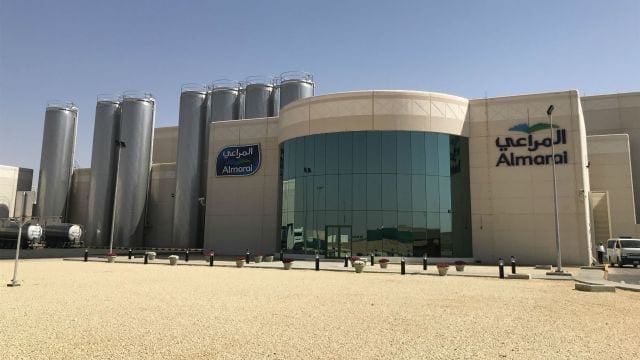 SAUDI ARABIA – GEA, one of the largest suppliers of technology for the food processing industry, has worked with Almarai Company in Saudi Arabia to build the nation’s largest and most modern dairy processing facility.

Almarai Company is the the largest dairy company in Saudi Arabia by market value.

The new plant at Al Kharj includes multiple production lines for a wide range of milk and yoghurt products.

GEA added that it has the capacity to process two million liters of milk a day, and that the project has already been successfully completed and the plant is in operation.

Key features of the plant at Al Kharj include GEA separators with integrated direct drive that have fewer moving parts and so reduce friction losses.

They also use asynchronous motors that are extremely robust for maximum machine availability.

To reduce the environmental impact and energy consumption, the plant is equipped with GEA’s latest energy recovery technology.

Furthermore, GEA said that it has built in the latest control systems and operating protocols in line with Industry 4.0.

These include the interoperability of the equipment, the transparency of information, autonomous decision making where possible and the highest level of technical assistance.

“However, everyone involved in the project, including all the Almarai stakeholders, worked well together to bring the project in on time,” he explained.

“It was so hot that we had a midday ban during the peak summer season, however, by working together as a collective team side by side with Almarai the project was delivered successfully,” he added.