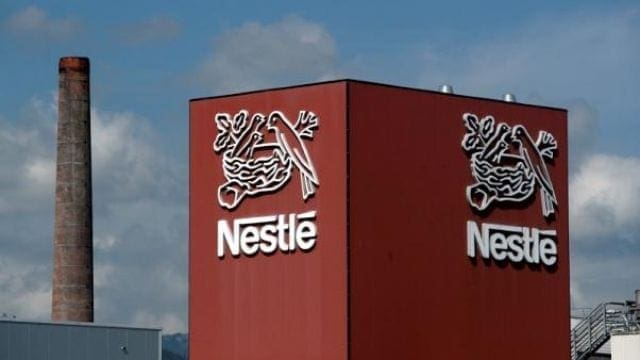 SWITZERLAND – Swiss food giant Nestlé has reported a 2.3% sales growth to US$43.9 billion in the first half of the year as markets in the US and China improve.

According to the company, the organic growth of 2.8% in the first half was due to the expectations and guidance plans for 2018.

Real Internal Growth (RIG) was 2.5% and remained at the high end of the food and beverage industry and pricing contributed 0.3%, reflecting the challenging environment in Europe and lower inflation in some emerging markets.

The company reported that the total sales increased by 2.3% to US$43.9 billion, to which the acquisitions and divestments netted to zero while the foreign exchange reduced sales by 0.5%.

Organic growth in the first half improved materially in North America and China.

The company reported that the net profit increase was mainly the result of income from the disposal of businesses, lower taxes and improved operating performance.

Underlying earnings per share increased by 9.2% in constant currency and by 10.4% on a reported basis to US$1.86.

The Zone Americas (AMS) reported an organic growth of 1.0%, driven entirely by RIG with flat pricing.

The net divestments reduced sales by 1.0%, largely related to the divestment of the U.S. confectionery business, while the foreign exchange had a negative impact on sales of 3.6%.

Zone Europe, Middle-East and North Africa (EMENA) had an organic growth increase to 2.5%, RIG was strong at 3.1% following an acceleration in the second quarter.

The net divestments reduced sales by 0.2%, foreign exchange had a positive impact of 4.1% and reported sales increased by 6.4% to US$9.3 billion.

The net divestments and foreign exchange reduced sales by 0.1% and 0.8%, respectively, while reported sales increased by 3.5% to US$10.6 billion.

Nestlé Waters reported that the organic growth for the first half was 1.0% following a sequential improvement in the second quarter, driven largely by North America. RIG declined by 0.7%, mainly due to Europe and some emerging markets.

The pricing increased to 1.7%, net divestments and foreign exchange reduced reported sales by 0.8% and 0.7%, respectively.

Reported sales in Nestlé Waters decreased by 0.5% to US$4.0 billion.

“Our first half results confirmed that our strategic initiatives and rigorous execution are clearly paying off.

Nestlé has maintained the encouraging organic revenue growth momentum we saw at the beginning of the year.

In particular, the United States and China markets showed a meaningful improvement.

We were also pleased by the enhanced organic growth in our core infant nutrition category,” said Mark Schneider, Nestlé CEO.

“Our margin development is fully consistent with our 2020 target. We are creating value by pursuing growth and profitability in a balanced manner.

In line with this approach, we have accelerated our product innovation efforts to drive future growth and initiated significant cost reduction efforts, in particular in Zone EMENA and at our Corporate Center.

As we look towards the second half of 2018, we expect further improvement in our organic revenue growth.

Margin improvement is expected to accelerate with further benefits from our efficiency programs and more favorable commodity pricing.”