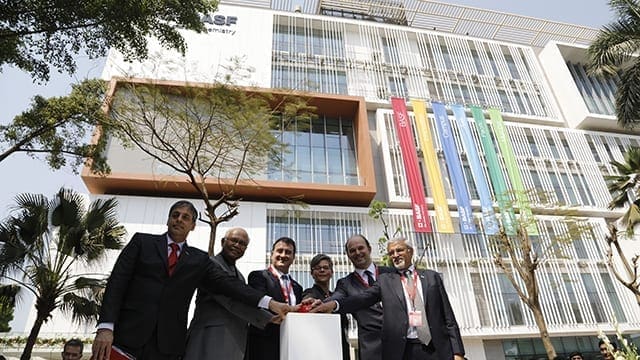 2’-FL was developed in-house using a specific HMO fermentation strain and is said to be beneficial to infant gut microbiota and immune development.

It is the most abundant oligosaccharide in the group of about 200 HMOs identified in human milk and consists of 20-30% of the total HMO content, with a concentration 300 times higher in human milk compared to cow’s milk.

It joins a number of suppliers such as FrieslandCampina DOMO, Jennewein and DuPont in the market where product launches based on the ingredient are eminent.

“The HMO composition of human milk is complex and varies significantly among mothers, over the course of lactation and according to genetic set-up,” a spokesperson for BASF commented.

“The HMO concentration in early milk is highest and it declines about 30% over the course of lactation.

“The window of opportunity for microbiota modulation during early life starts in the prenatal phase and persists postnatally, when breast-feeding plays the most important role.”

2’-FL also represents a key ingredient in BASF’s human nutrition brand Newtrition whose offerings commit to infant nutrition with possibilities of featuring dietary supplements in the near future.

The European Commission granted novel food approval for the milk oligosaccharide ingredient 2’ FL, something that has starred large scale production and several product launches by manufacturers.

BASF said 2’ FL and Lacto-N-neotetraose ((LNnT) remains to be the only two HMOs to be successfully commercialised.

HMOs were not available in larger quantities from sources such as cow’s milk due to the complex structure of HMOs that required dedicated production technologies.