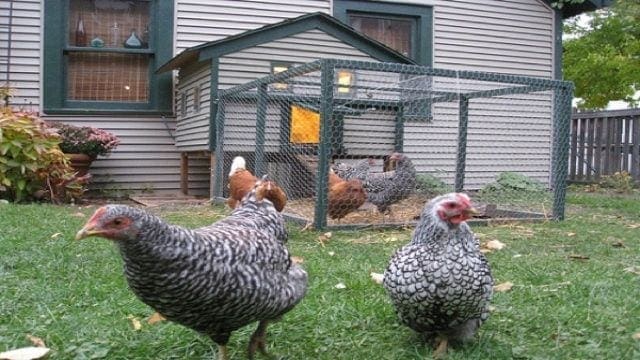 People can get sick with Salmonella infections from touching live poultry or their environment, as these birds can be carrying Salmonella bacteria but appear healthy and clean and show no signs of illness.

As of July 13, 2018, 212 people infected with the outbreak strains of Salmonella have been reported from 44 states.

26% of ill people are children younger than 5 years.

The epidemiologic, traceback, and laboratory findings link these outbreaks to contact with live poultry, such as chicks and ducklings, which come from multiple hatcheries.

In interviews, 100 (72%) of 138 ill people with information available reported contact with chicks or ducklings in the week before their illness started.

Whole genome sequencing (WGS) analysis to identify antibiotic resistance was performed for 118 isolates from ill people in this outbreak.

Twenty-two isolates from ill people contained genes expected to cause resistance or decreased susceptibility to all or some of the following antibiotics: ampicillin, streptomycin, sulfamethoxazole, tetracycline, gentamicin, ceftriaxone, amoxicillin-clavulanic acid, cefoxitin, ciprofloxacin, and fosfomycin.

Some infections may be difficult to treat with commonly recommended antibiotics, and may require another kind of antibiotic.

This investigation is ongoing, and CDC said it will provide updates when more information is available.

The CDC is also advising people to not hug chickens because doing so could spread illness like salmonella.

Health leaders say the birds should also be kept away from any area where food or drinks are prepared.