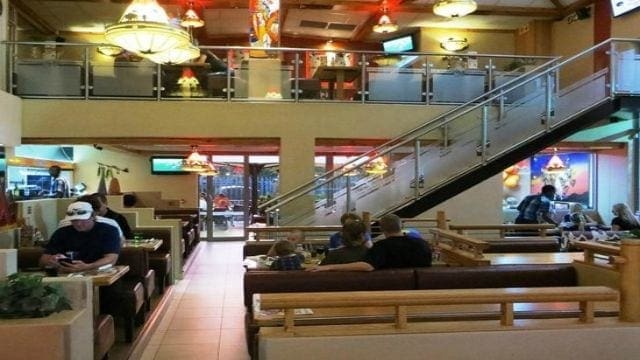 The social media storm following the ‘racist’ argument at one of its outlets in Pretoria, together with weak economic climate and increased competition are said to have weighed heavily on its sales especially in the first half of the year.

Sales in Spur Steak Ranches declined by 2.1% as a result of financial difficulties of middle income South African families but this was significantly offset by the restaurant’s brand appeal and loyal base of 1.8 million Spur Family Card members.

“Over the past year we have seen several of our competitors launching aggressive discounting campaigns to attract cash-strapped customers,” said Spur chief executive Pierre van Tonder.

“In this environment our franchisees have continued to face margin pressure and we have taken decisive action to support franchisee profitability to ensure the sustainability of our restaurant brands.”

Restaurant sales from continuing operations grew by 4.2% to US$547.7 million but annual dividends fell 5.7% to 132 cents per share.

Turning to Africa for growth

Van Tonder said trading conditions are not expected to improve in the next 12 to 18 months but the firm remains committed to expand the footprint of its eight home grown brands.

International expansion would focus mainly on Africa where six new restaurants were planned, with a further two restaurants in Saudi Arabia and one in Mauritius.

Spur Corporation managed to expand its global restaurant footprint to 591 outlets with the opening of a net 11 new outlets in South Africa and five in international markets.

Its trendy casual chain, RocoMamas continued to be one of the fastest growing restaurant brands in the fast casual dining sector in the country and opened its 50th outlet during the year.

Sales grew by 78.1% as eight new outlets were opened in South Africa.

“We plan to open 34 restaurants across all brands in South Africa in the year ahead. In the current economic climate, we will open smaller format restaurants while also looking for opportunities to open Spur Grill & Go outlets in smaller towns,” he said.

Results for the year ended June were also hit by the closure of its operations in the in the UK and Ireland in the previous financial year.

Excluding such an impact, international restaurants recorded 2.4% growth in sales while franchised restaurant sales grew by 4.4% in South Africa.

It had launched a new concept called RBW Spur in July 2015, which was designed to reinvigorate its UK business through lower set-up costs, more manageable occupancy costs and reduced labour provisions but these then failed.