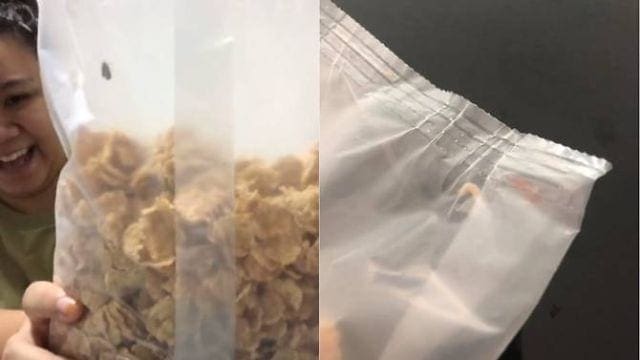 In a statement, Kellogg’s assured the public that their “number one priority” is the quality of their food.

“Our strong quality programmes identified that a small number of cereal bag seals had been weakened and may open when mishandled during distribution.

We proactively addressed this issue and took corrective action and our food now has new improved cereal bags.

There are no affected products on shelf,” a spokesperson added.

According to Channel NewsAsia, the company made statements, in regards to a viral video in which maggots, a fly and what appears to be a spider web were found in packets of the affected cereal.

On Jul 22, Facebook user Ifaa Insyiirah posted videos and pictures of flies and maggots found in two boxes of Special K cereal, saying the packs of cereal were purchased at different stores.

In a subsequent update on Jul 25, Ifaa said she bought an additional box of Special K cereal, and found more maggots and what appeared to be a moth inside the package.

Commenting on Ifaa’s case, AVA said preliminary investigations with Kellogg’s found that the cause of the insect infestation in Kellogg’s Special K Cereal was due to the “weakened seal in packaging, which may open when mishandled during distribution along the supply chain”.

AVA said that Kelloggs has since removed the affected batch from shelves.

“All food, including cereal products, need good storage conditions to maintain or prolong its shelf life.

Improper storage or handling of the food along the entire supply chain could cause problems, including insect infestation,” AVA added.