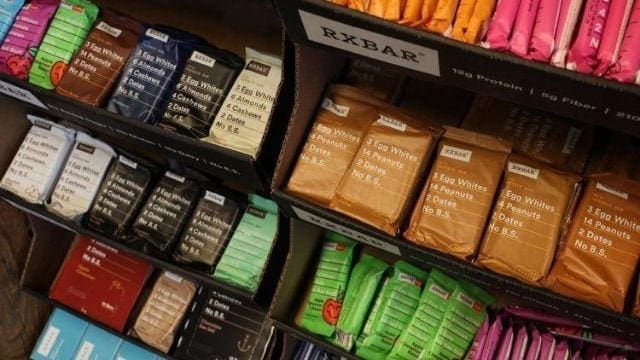 USA – Kellogg’s, an American multinational food-manufacturing company, has attributed the acquisition of the Chicago protein bar RXBar for its continued sales reports.

According to CNBC, Kellogg bought the River North-based company last fall for US$600 million, a hefty price tag that conveyed both the potential that Kellogg saw in RXBar and also Kellogg’s desire to grow beyond its core business, which has suffered as Americans eat less cereal.

“It’s doing extremely well,” Kellogg CEO Steve Cahillane said of RXBar on a conference call with analysts after the release of the company’s second-quarter results.

The acquisition was one of Cahillane’s first moves after being named to the top job in October.

RXBar contributed US$59 million in sales to the company during the second quarter, Kellogg said, and US$110 million in the first six months of the year.

Kellogg also said RXBar expanded distribution and took a bigger slice of the protein bar market during the spring quarter, and accounted for nearly all the sales growth in a segment of Kellogg goods.

Strength in that segment offset declines in snacks and morning foods.

The snacks category includes products like Pringles and Rice Krispie Treats, and morning foods include cereals such as Frosted Flakes and Pop Tarts.

Cahillane said RXBar is the fastest-growing brand in the protein bar category, and has held on to a “passionate consumer base.”

A kid’s line of bars and new nut butters should drive further growth, he said, and Kellogg also plans to expand sales into Europe for the first time later this year.

Kellogg now expects companywide sales this year to increase by 4 to 5 percent, compared with a previous estimate of 3 to 4 percent growth.