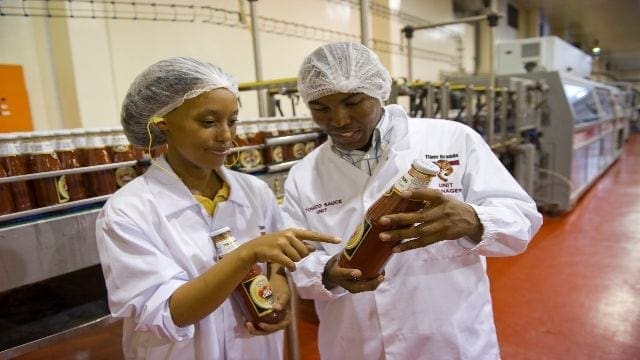 SOUTH AFRICA – Tiger Brands Ltd., a South African packaged goods company, has said that its full-year profit fell as much as 37% after one of its plants was blamed for South Africa’s listeriosis outbreak.

According to Bloomberg, the company shares dropped by 9.8%, the most since March 5, the day after the South African government identified a Tiger Brands factory as the source of the outbreak that has killed more than 200 people.

The company recalled products and suspended factories in response.

Full-year earnings were affected by a challenging consumer environment, with pressure on volumes and pricing, “significant” cost increases and the impact of the recall and plant closures, Tiger Brands said in a statement.

Expenses were driven up by an unfavorable rand movement and higher fuel prices, among other factors, it said.

The implication of Tiger Brands’s profit warning is that the decline in second-half earnings is worse than that seen in the first half, despite lower forecast fixed-cost losses.

It also reported a typically stronger performance by the company’s grains division in the second six months, Morgan Stanley analyst Vikhyat Sharma wrote in a note, describing the update as “below expectations.”

According to Fin24, there was also a significant impact due to the recall of products and suspension of operations involving certain of the company’s value-added meats processing facilities.

“We can now conclude scientifically that the source of the present outbreak is the Enterprise Food production facility located in Polokwane,” he said at the time.

Tiger Brands also pointed out to shareholders that it had previously reported that Haco Tiger Brands was disposed of with effect from 14 December 2017.

As a result, it has been accounted for as a discontinued operation for the period up to the date of its disposal.

The board of directors of Tiger Brands announced in February 2017 that it decided to dispose of its 51% stake in its Kenyan business, Haco Tiger Brands, which it had acquired in 2008.

Tiger Brands thus advised shareholders that it expects earnings per share (EPS) from total operations (including Haco) to be between R4.21 and R7.09 lower or between 22% and 37% lower than the R19.15 reported for the comparative period.

Headline earnings per share (HEPS) from total operations (including Haco) are expected to be between R4.75 and R8.00 lower or between 22% and 37% lower than the R21.61 reported for the comparative period.

Excluding Haco, EPS from continuing operations are expected to be between R4.07 and R6.84 cents lower or between 22% and 37% lower than the R18.48 reported for the comparative period.

HEPS from continuing operations (excluding Haco) are expected to be between R4.74 and R7.97 lower or between 22% and 37% lower than the R21.55 reported for the comparative period.

In a separate announcement on Thursday, Tiger Brands said that Swazi Tshabalala has stepped down as independent non-executive director of the company on 15 August 2018.

This follows her appointment as vice president of finance and chief financial officer for the African Development Bank.

The board has appointed Gail Klintworth as independent non-executive director with effect from 16 August 2018.

Tiger Brands results is expected to be released on or about 22 November 2018.