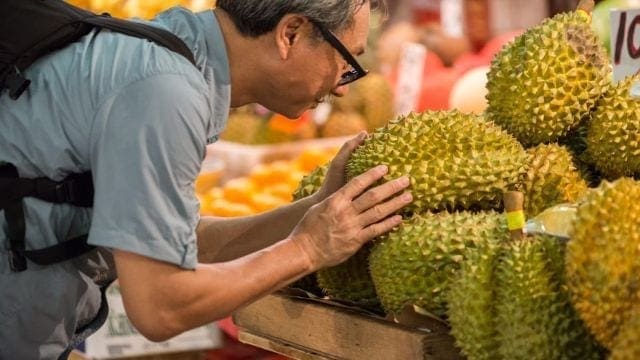 ASIA – Agriculture and Agro-based Industry of Malaysia has signed an agreement to export frozen whole fruit durians to China, marking the second consecutive year Malaysia had succeeded in obtaining market access to China.

As part of the export protocol, Malaysia would submit a list of durian plantations which complied with the Malaysian Good Agricultural Practices together with a list of processing facilities, as well as other details contained in the protocol for China’s approval before exports can begin.

“The export approval reflects China’s confidence in the quality of Malaysia’s agricultural produce in terms of hygiene, food safety and taste.

“The export of whole fruits is expected to begin early 2019,” said the Ministry of Agriculture and Agro-based Industry in a statement.

This comes following rising demand for Malaysian durian fruits in China, something that may boost both production and exports.

Before, whole durian exports to China were hampered by strict biosecurity and food safety regulations as Malaysian fruits come in contact with soil when they fall from the trees.

“We wish to advise all (durian) plantation operators and processing facilities to comply with international standards to maintain market access so that Malaysian products will continue to be competitive at the global level.

“We call upon qualified durian planters to take advantage of this market opportunity by increasing their production capability to cater for the demand from China,” added the ministry.

Malaysia signed the protocol on phytosanitary requirement for the export of pineapples to China in May 2017, starting with 12,000 tonnes worth US$9.73 million.

Agriculture and Agro-Based Industry then said Malaysia’s export of pineapples to China is expected to double to US$77.87mn annually by 2020.

According to New Star Times, Malaysia exported about US$38.93 million worth of pineapples to Singapore, Iran, United Arab Emirates, the United States and Japan, annually.