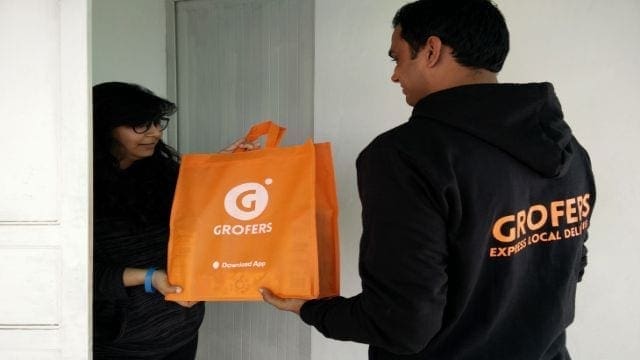 ASIA – Indian grocery delivery service Grofers said it expects over US$356.93 million in revenues for the year 2019 based on strong addition of new customers along with increasing cart sizes of existing users, ET Retail has reported.

The firm said it currently has a monthly revenue run rate of about US$21.32mn that is, about US$257m for the year, adding that the frequency of shopping for SBC members was 2.5 times that of non-members, while their carts were 30% larger.

Smart Bachat Club (SBC), a membership subscription-based service was launched in January this year running from one month to twelve months, where members can shop for their daily groceries by paying as low as wholesale prices.

The subscription offering, which also allows the customer pay in advance for special pricing on items has given a strong boost to its business having crossed half a million subscribers with huge uptake for it, said the company.

According to Grofers co-founder and CEO Albinder Dhindsa, this was expected to reach one million by December.

“SBC is playing an important role in our business and we will continue to focus on growing the membership as it also gives us predictability of demand.

Overall, we expect to close the fiscal with a monthly revenue run of US$30.70mn which translates to US$368.5 million on annual basis),” he said.

Speaking on competition, Dhindsa said they were not worried of competition in the segment as it is focused on performance, its categories and value to customers.

He added that the company is focussing on enhancing its coverage of the cities it operates in rather than adding more names to the list.

Grofers raised US$62 million in funding led by SoftBank, Tiger Global and Apoletto Asia in March, bring its total funding to US$226.5 million till now.

The SoftBank-backed company competes with the likes of Alibaba-funded BigBasket as well as e-commerce majors like Amazon and Flipkart which has received an acquisition bid from Walmart.

In May, Amazon India had re-branded its groceries service to ‘Amazon Now’ and has been aggressively ramping up selection and focussing on speedier delivery to consolidate its position in the segment.

The American ecommerce company is aiming for Indian supermarket chain and is looking to build an alliance with Goldman Sachs and Indian company Samara Capital for the buyout of Aditya Birla Group’s More supermarket chain at an enterprise value of US$642– 715mn, according to e-seller café.

Earlier this month, Flipkart had said it plans to expand its online grocery service ‘Supermart’ to 5-6 major Indian cities by the end of the year.

On the other hand, BigBasket in February raised US$300 million led by Chinese e-retailer giant Alibaba with plans to build farmer networks, expand deeper into existing cities, and to hire new hands.