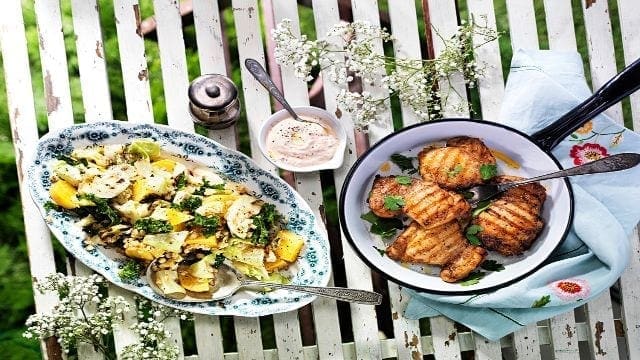 According to Scandi Standard AB, it has entered into the agreement to subscribe for approximately 51% of the shares in Rokkedahl Foods ApS (Rokkedahl Foods) through its Danish subsidiary Danpo A/S (Danpo) to increase production and expand market.

“I am pleased by the investment in Rokkedahl Foods, which will serve as a great platform to rapidly develop the segment for organic and free-range chicken.

Rokkedahl Foods operates a brand new and modern slaughterhouse, which is ideally structured for processing of organic and free-range birds.

Danpo will hence transfer all its existing processing of such chicken to Rokkedahl Foods following the investment,” said CEO of Scandi Standard Leif Bergvall Hansen in a statement.

The Rokkedahl family, which will continue to own approximately 49% of Rokkedahl Foods, has produced chickens since 1963 in Kølby in Himmerland (25 km from Danpo in Aars).

The Rokkedahl family also operates Rokkedahl Landbrug, which supplies live chickens to processors including Rokkedahl Foods, and certain other businesses.

The company added that Danpo had agreed to guarantee certain of Rokkedahl Foods’ interest-bearing debts and leasing obligations in a total amount of approx. DKK 56 million.

The investment, which is not subject to any approvals from authorities, is expected to close on 1 September 2018.

While Rokkedahl Foods will be consolidated by Scandi Standard, the investment is not expected to have any material effects on Scandi Standard’s net sales, net operating income and net cash flow, but will accelerate the implementation of a premium concept in Denmark.

It will also give access to the new processing plant that is ideally structured for processing of organic and free-range birds.