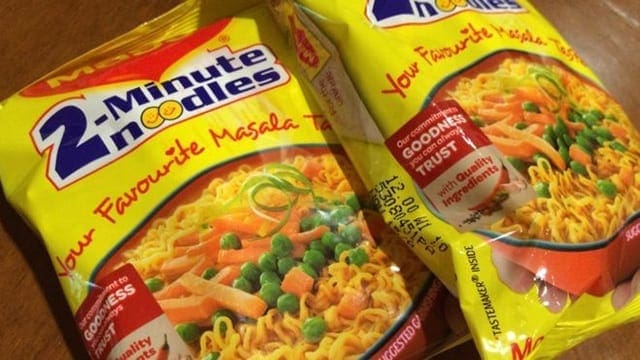 “It will give a chance to Maggi lovers to try this innovation from the convenience of their home.

We are confident that this product with its special taste from 20 finely ground and whole spices and specially created bouncier non sticky noodles would be appreciated by our consumers,” said Maarten Geraets, General Manager, Foods, Nestlé India.

Nestle is turning to instant noodles as a growth category with product innovations and formulations statistics show 107.7 billion packets of instant noodles were consumed globally in 2017.

Their prominence is backed by the fact that they are quicker to make and easy to store.

China was the largest consumer of instant noodles accounting for more than 40% of the global consumption followed by Indonesia, Japan, India, Vietnam, the United States, Republic of Korea, Thailand, Saudi Arabia.

Though faced with challenges such as increasing competition and growing health consciousness among consumers, Indian instant noodle consumption is said to have grown by 65% since the Maggi Noodles ban back in 2015, according to FoodNavigator Asia.

The safety agency suggested that the products were unsafe and hazardous for human consumption citing presence of monosodium glutamate (MSG) and lead.

Then, Maggi Two-Minute Noodles was a household brand all over India, and held some 80% of the Indian instant noodle market share.

Over 1,000 times more lead than was claimed by Nestle India was found to be present in Maggi leading to recall and destruction of 38,000 tonnes of noodles between June and September 2015.

The products suffered a six-month nationwide ban but went back up on retail shelves in November 2015 after extensive testing declared it safe for consumption.

By January 2017, Maggi had returned to the top of India’s noodle market with a 60% market share.

In November though, Nestle India was slapped with a US$70,000 fine for high ash content in Maggi.