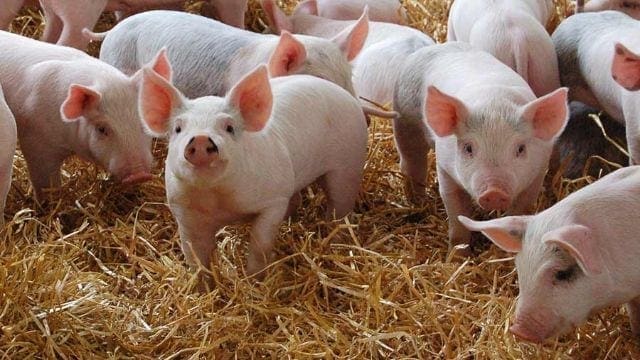 CHINA – African swine fever, a deadly outbreak with the potential to affect a country’s pig population, has been reported that it could possibly spread to China, and now Chinese officials are scrambling to stop it.

According to the Washington Post, the virus — which does not threaten humans — has spread to four provinces and has been detected in areas about 750 miles apart, since early August.

China has about 700 million pigs, half the world’s pig population and pork is the country’s primary protein source.

If China cannot quickly contain the virus, the U.N. Food and Agriculture Organization warned, it could jump to the Korean Peninsula and Southeast Asia, creating a regional crisis.

African swine fever has no impact on humans, unlike the avian flu and other viruses that cross between species.

But swine fever is deadly in pigs — the most virulent strains of the virus kill nearly 100 percent of infected hogs. No vaccine or treatment exists, and the virus is tough to eradicate.

It can survive for several weeks in cold or warm weather, in pork products and on surfaces in slaughterhouses and in the trucks used to transport swine.

Juan Lubroth, chief veterinary officer of the U.N. food agency, which is based in Rome, cautioned against panic, saying it was “too early to tell” how widely the virus had spread and what the impact would be.

But he also urged Asia to “prepare for an incursion.”

The budding epidemic could endanger the livelihoods of hundreds of thousands of hog farmers and jeopardize China’s enormous pork industry.

“It may be very, very difficult to control this epidemic in China,” said Young S. Lyoo, a professor at the College of Veterinary Medicine at Konkuk University in South Korea. “And once it spreads to Asian countries, we could have big social chaos and instability.”

In response, Chinese authorities have fanned out across the country, so far culling an estimated 24,000 animals, according to the U.N. agency.

Local animal health officials have been tasked with communicating information about the disease to the country’s pig farmers.

The government has offered a subsidy of US$117 for each pig infected with the virus.

Additionally, Chinese farmers do not have any experience with African swine fever and consequently may not immediately notice troubling signs, Lyoo said.

African swine fever has been endemic in Africa for a century. More recently, outbreaks have occurred in Europe and South America.

Russia has fought the virus for a decade, losing nearly a million pigs to the infection. The strain making its way around China is similar to the strain in Russia, Georgia and Estonia, according to the U.N. agency.

“I think there is panic in the market, especially among the pig breeders as to when the outbreak can be stabilized,” said Zhu Zengyong, an associate researcher at the Chinese Academy of Agricultural Sciences.

But he said consumers are not likely to feel much of a pinch, at least for now.

“The impact will be much smaller for consumers,” he said.

“Humans won’t be infected with swine fever, while pork is still safe to eat as long as it is sterilized at a high temperature.”