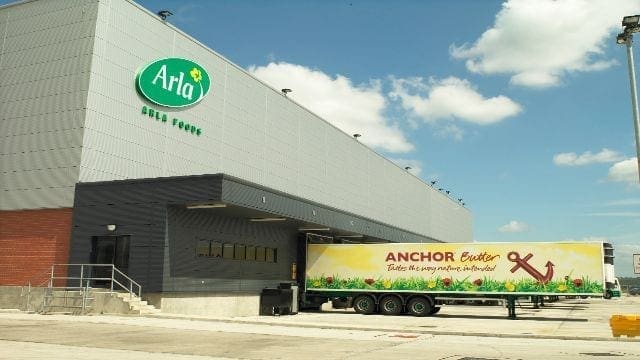 NIGERIA- Kaduna state government and Denmark are planning to establish a dairy farming scheme involving 1,000 families of herdsmen with 12,000 heads of cattle in a location with an overall objective of developing the dairy sector.

The farms will be developed with a veterinary and schools for the children of the 1000 families who generally will live as a small community.

While the Kaduna state will provide initial infrastructure and funding, the Danish government will bring investors through its Agriculture Counsellor in the country.

According to Inside Business, plans are underway to establish a pilot project in Kaduna where the Danish company, Arla will purchase the milk from the cattle farmers with possibilities of the program being extended to other areas.

“A Danish company, Arla, will then buy the milk off the cattle farmers,” said Mr Torben Gettermann, the outgoing Ambassador of the Kingdom of Denmark.

“A pilot project will start in Kaduna, and then move to other locations, as it becomes commercially viable.

“Dairy farming is not exactly the same thing as ranching, it will yield better meat, and the Danish company will buy the milk from the farmers.”

Commenting on the development, President Buhari said the initiative by the Danish government would be critical in solving conflicts between herders and farmers attributed to population explosion in the state.

According to him, when the dairy farms are economically viable, the cattle herders will see the need to stay in one place, as they will realise that productive considerations are more important, rather than the number of heads of cattle.

Denmark together with some companies had pledged to support Nigeria in boosting her local milk production despite the fact that Nigeria imports large amounts of milk from Denmark.

To that effect, Arla Foods, a Danish dairy cooperative signed a Memorandum of Understanding (MoU) with the Nigerian Ministry of Agriculture to increase local milk production in the country.