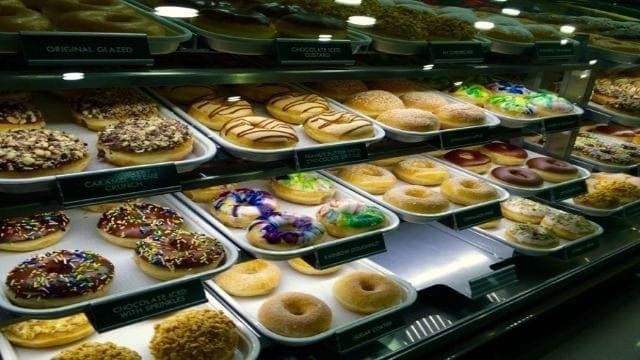 NIGERIA- The Consumer Protection council (“CPC”) has ordered the reopening of the Krispy Kreme after affirming the American doughnuts and coffee brand’s operations were safe and in accordance to regulations.

Beverage Industry news has reported that the move came following a statement released by the food safety standards regulator, the National Agency for Food and Drug Administration and Control (NAFDAC) stating that it was satisfied that the vital question of safe operations had been resolved sufficiently to allow operations accordingly.

According to CPC’s statement, NAFDAC has pursued its regulatory process and has permitted the doughnut and coffee company to re-open and continue its business because it is satisfied that their operations and consumption of their products currently meets prevailing safety standard.

Earlier this month, CPC in collaboration with NAFDAC had ordered the closure of the Krispy Kreme store few months after its opening in Victoria Island, Lagos.

The store was shut down over alleged tampering of expiry dates on raw material ingredients used in the store.

In line with investigation initiated by the Nigerian food regulator and consumer protection agency, the firm came out to say it was cooperating with the investigators to resolve the safety concerns.

In a statement through its franchise operator, QFA Nigeria Limited, the company indicated that committed to supporting the various regulatory bodies, including CPC and NAFDAC.

“Both regulators therefore agree that there is a vital consumer interest that will be served with Krispy Kreme’s ability to reopen and continue operations within the parameters approved by the regulators,” the statement said.

Krispy Kreme entered Nigeria in March this year, lining up US$7 million investments in 20 outlets to begin with.

The firm’s director, Anson Markle said the brands’ presence in Nigeria makes it the 34th country where the firm has established its presence, with plans to consider other cuisines over the next few years.