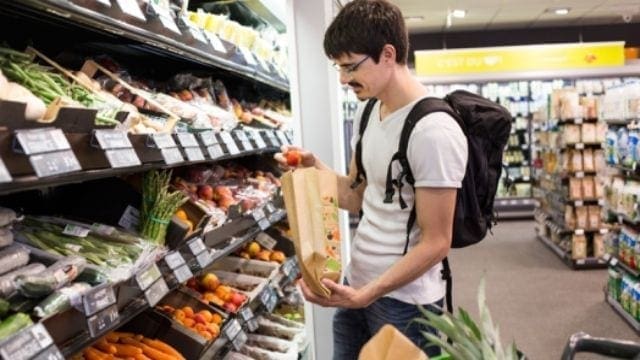 FRANCE – The Carrefour group, a French multinational retailer, has announced that it has set up an advisory food committee to support its ambition to become the world leader in the food transition for all.

According to the company, to support this ambition and successfully change its model, Carrefour has implemented over the past months a new system of governance.

The company appointed Laurent Vallée as head of the food transition across the group in January, in addition to his role as Group General Secretary.

Benoit Soury, who was appointed to the position of Organic Market Director three months ago, reports to him.
On January 23, Alexandre Bompard announced that he would be setting up an Advisory Food Committee to support the group’s ambition.

This committee is made up of seven people from outside the Group, all from different backgrounds, but committed to addressing the food-related challenges we are facing.

The committee is chaired by Laurent Vallée and will be tasked with supporting Carrefour as it transforms its model, participating in concrete projects linked to the food transition, sharing best practices, proposing new ideas and leading forward-looking discussions about changes in food consumption.

Lucie Basch is the founder of start-up company Too Good To Go. In 2016, she created an application that provides everybody with the opportunity to tackle food wastage: it puts retailers in touch with consumers who can then collect unsold stock preventing it from going to waste.

This Europe-wide community has already saved the equivalent of more than 6 million meals – proof that, with the right tools, everybody can help drive change.

She also contributes to Ouishare as a “food connector”, acting as a link between various collaborative models aimed at transforming the food system.

She is particularly interested in issues related to big data in the farming sector. Through her work, she supports the development of distribution models based on local consumption of environmentally-friendly products, guaranteeing an equitable distribution of revenue.

Every day, he delivers on Danone’s mission: ensure the good health of as many people as possible, developing a unique portfolio focused on health, giving preference to local supply lines and encouraging healthier and more sustainable dietary practices.

Emmanuel Faber is a key partner who will help us implement the food transition for all.
Jean Imbert, committed chef encourages people to cook with fresh produce, adapt what they eat depending on the seasons and embrace regional products.

He is also convinced that the retail sector has a major role to play in making high-quality food available to the broadest possible number of consumers.

François Mandin, Vendée-based farmer, has been based in the southern part of the Vendée region in France for 32 years and is engaged in mixed-crop farming.

He is a pioneer of a type of agriculture that preserves soil –which he has been doing for 20 years.

Caroline Robert, department head at the Gustave Roussy cancer research institute, oncologist, has the conviction that a healthy lifestyle – particularly diet – is one of the most effective ways of preventing the disease.

Maxime de Rostolan, founder of Fermes d’Avenir and Blue Bees, has developed a marked interest in agricultural issues. In particular, he is involved in developing agro-ecology and permaculture.

He is also committed to bringing about a new food model which encourages organic farming methods, local supply lines and generates a virtuous and positive impact on the whole ecosystem, incorporating human and natural resources into economic rationale.