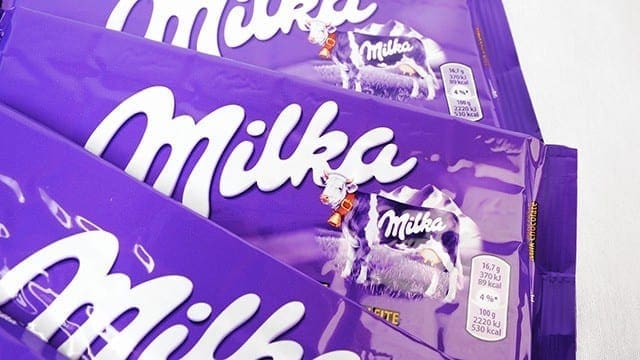 EUROPE – Mondelēz International, owners of the iconic British chocolate brand Cadbury’s, has begun stockpiling ingredients and finished products like chocolates and confectionery to avoid the potential pitfalls of a no-deal Brexit scenario.

According to FoodingredientsFirst, many businesses are adopting contingency plans in case of a hard Brexit as the clock continues to count down to the UK leaving the EU.

Guarding against the potential adverse effects of a no-deal Brexit is the preoccupation of many manufacturers and suppliers in the food supply chain, as firms continue to be kept in the dark over how exactly goods will move across the border.

“Like the whole of the food and drink industry in the UK, we would prefer a good deal that allows the free flow of products as that would have less of an impact to the UK consumer,” the president of Mondelez’s European division, Hugh Weber, told The Times.

“However, we are also preparing for a hard Brexit and from a buffering perspective for, Mondelez, we are stocking higher levels of ingredients and finished products, although you can only do so much because of the shelf life of our products.”

The UK government tried to alleviate some concerns recently when it published the initial list of no-deal technical notices which detail what the industry should do in a worst case scenario when Britain exits the European Union.

Designed to diminish the substantial concerns about prices rises, food shortages, EU workers, trade barriers, border chaos and much more, the first batch of notices set out advice for people and businesses should the UK crash out of the EU without a deal.

But the list doesn’t seem to have defeated the concerns of the industry as government officials expected but instead fanned the flames even more as the Brexit deadline (March 29, 2019) looms.

And now, Mondelēz has publicly spoken about how it, like many other businesses, are closely monitoring the political decision-making process and preparing for a number of potential outcomes.

For as long as the UK and Europe remain in stalemate negotiations, companies are being forced to second guess their next moves and speculate over what might happen when the UK ceases to be part of the EU in just over six months from now.

In July, the Food and Drink Federation (FDF) published a report highlighting the fact that the UK food and drink industry needs help to “turbocharge” the sector’s exports and restore productivity levels to avoid falling behind other European countries once Britain has left the EU.

The FDF said the report comes as the industry faces “unparalleled” challenges in the coming years as the market environment remains uncertain, largely as a result of Brexit.

The FDF realizes there are huge opportunities for the British food and drink sector, but the key is to identify and harness the industry’s growth potential and improve productivity.

“We have a contingency plan in place to manage [a hard Brexit], as the UK is not self-sufficient in terms of food ingredients, so that could be a challenge,” he claimed.

FoodIngredientsFirst added that Mondelēz spokesperson said that the company “stands by the comments made by President of Mondelēz Europe, Hubert Weber, during his interview with The Times,” adding that it has “nothing further to add at this time.”

With no clear exit deal in sight, the UK government is still trying to negotiate with Europe over what Brexit might look like with major issues like trade, immigration and countless others still uncertain, much to the dismay of the food and beverage industry at large, which has been calling for clarity for months.

There is widespread concern that Britain’s withdrawal from the EU will lead to severe delays while customs checks are being carried out at border controls, something that does not happen right now under current Single Market and Customs Union rules.