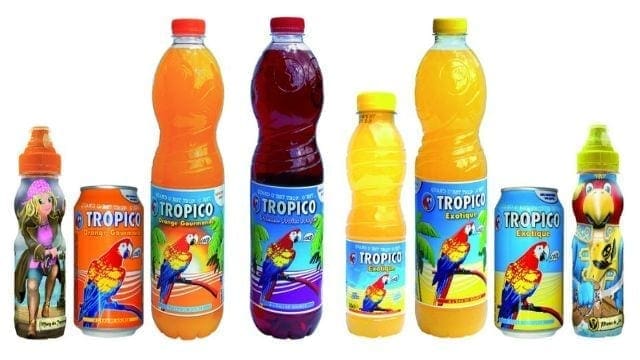 ATLANTA – The Coca-Cola’s Atlanta-based beverage giant has added a French juice company to its ever-diversifying portfolio, as it continues to acquire more companies in the beverage market.

According to Coca-Cola, it entered into an agreement with the company Alizé to purchase all of the Tropico S.A.S business activities in France, as it has been reported to generated revenue of about US$34 million last year.

Tropico, founded in 1982, is a flagship brand in the non-alcoholic beverage category, with products available in cans and PET bottles.

French family-owned company Cafés Folliet took over the brand in 2005. The drink is primarily available through retailers in France and Belgium.

Coca-Cola said in a news release that Tropico will help bolster its aim of becoming a “major player in the still fruit-flavoured beverage sector,” which is one of the key segments in the French non-alcoholic drinks market and one that has experienced regular growth over the past few years.

“The successful launch of Fuze Tea at the beginning of the year, alongside the promising performance of Honest (organic beverages) and Smartwater (still and sparkling water) has only increased our determination to accelerate our portfolio expansion strategy …,” said François Gay-Bellile, president of Coca-Cola France, in the release.

“This purchase is a further step in the right direction and will enable us to respond even better to French consumers’ expectations.”

Coca-Cola said sales of Tropico in mainland France and Belgium will gradually be taken over by CCEP France, CCEP Belgium, and SOCOBO (Corsica); Coca-Cola’s bottlers in these territories.

The option of extending the brand’s availability to more territories will be assessed over the coming months.

With soda consumption falling, the Coca-Cola has increasingly acquired brands from multiple categories around the globe.

Recently, it made a US$5.1 billion purchase of the Costa Coffee chain, it is moving ahead with plans to take over Nigeria’s leading juice company, Chi Ltd, and purchasing Australian kombucha maker Organic & Raw Trading Co.