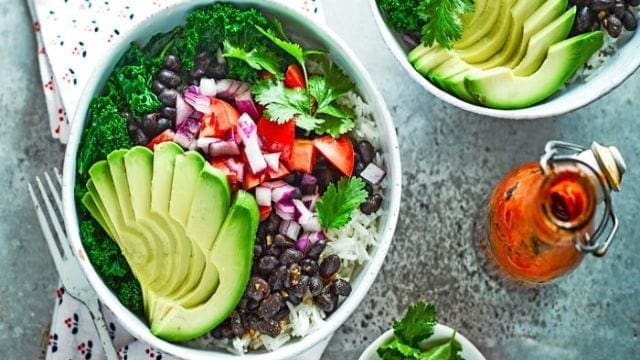 UK – One in two (52%) of British grocery shoppers say they either follow or are interested in following a plant-based diet, according to new research from IGD, a firm that deals with the insight, training and best practice for the grocery industry.

According to FoodBeV, this rises to 68% for 18-24 year olds who say they either follow or are interested in following a plant-based diet, whether it be vegan, vegetarian or flexitarian.

While the IGD research reveals a demand for plant-based food, only 2% of British grocery shoppers say they follow a vegan diet all the time.

“We are seeing an increasing number of people adopting a more flexible approach to their diets, whether it’s just for one meal or one day a week, shoppers are increasingly choosing a vegan, vegetarian or flexitarian diet.

This is for a variety of reasons; the aspiration to be healthier, to adopt more ethical credentials and also to limit the impact on the environment. Some shoppers also claim it helps them reduce their overall food bill,” said Vanessa Henry, shopper insight manager at IGD.

“This suggests plant-based products being launched on the market now won’t just be confined to the 2% of shoppers who identify more regularly with veganism. They will appeal to a much broader group of shoppers.”

She added: “From our data we can see that younger shoppers are more likely to follow or consider a plant-based diet, which is no surprise given they are the most socially engaged group.

With the rise in celebrities and health influencers sharing recipes and tips online, as well as the growing popularity of movements such as Veganuary and meat-free Mondays, the interest from this group suggests the trend could continue to grow as plant-based products become more mainstream.”

“There is still work to do to educate shoppers on vegan diets and improve perceptions.

Indeed, 38% of grocery shoppers don’t believe vegan foods taste as good as non-vegan foods, and 42% believe they will miss out on key nutrients if they follow a vegan diet, opening up an opportunity for retailers and manufacturers to invest in this area.”

A study published earlier this year also revealed that the number of new food and beverage products featuring plant-based claims increased by 62% CAGR globally between 2013 and 2017.

Growing consumer interest in health, sustainability and ethics are said to be driving plant-derived ingredients and products into high popularity.