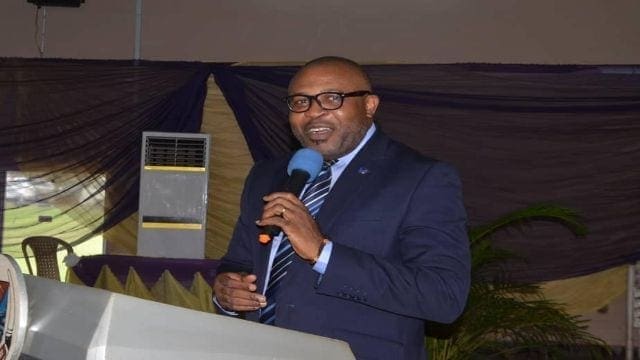 According to BeverageIndustryNews, Kufre is leaving to start a career at a culture, marketing and public relations consultancy firm, Philosoville Limited.

A graduate of the University of Calabar, Calabar, Nigeria, he has worked with diverse multinational companies including Heineken, Kraft Foods, Mondelez International, Cadbury West Africa and SO&U SAATCHI & SAATCHI.

Kufre Ekanem is the Chairman of Rosemary’s Group of companies and he sits on the advisory boards of several small and medium scale enterprises.

While thanking Ekanem for his impactful service to the company, the Managing Director of Nigerian Breweries Plc, Mr. Jordi Borrut Bel said: “In his five-year career in Nigerian Breweries, Kufre introduced a proactive, non-crisis stakeholder relations programme to the company which ensured that NB had a robust, solution-focused relationship with government, regulatory organisations, host communities and media across all authority levels around the country.

“Under his leadership, NB enjoyed positive media narratives across platforms and channels year on year, suffered no community-based disruption of operations and faced zero penalties from regulatory investigations or infractions.

“He also drove a fresh dimension to the company’s storytelling on ‘Winning with Nigeria’ internally and externally via diverse media.

“He was a critical driver to the brewing industry’s work on the tax optimisation area, especially the change of excise model in Nigeria earlier this year.

“He served as a member of the five-person committee that developed the Heineken global Corporate Affairs competences.”

Nigerian Breweries last month announced the appointment of Emmanuel Oriakhi as new Marketing Director based at the Heineken headquarters in Amsterdam.

It announced major resignations and new appointments to its Board in August this year.