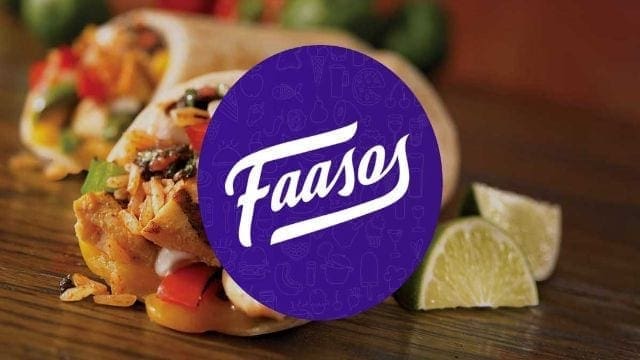 INDIA – Rebel Foods, owner operator of Mumbai based food delivery startup, Faasos is in talks with investors to raise more than US$100 million (Rs 735 crore) for expansion of its business.

The home delivery platform is looking to enter overseas markets and expand both its product range and cloud kitchen presence nationally, suggests the report by ET Retail.

The report indicates that the company is in the process of closing its latest round of equity financing, estimated at US$35 million, which is likely to see existing backer, marquee venture firm Sequoia Capital put in US$10-15 million.

The new round is also backed by Sistema Asia Fund and UAE-based Evolvence, valuing the company at US$200-220 million and Lightbox, an early backer, has also participated in this round, according to ET Retail sources.

Sources also said some of Faasos’ early investors are likely to either completely or partially exit in an ongoing secondary transaction while Sequoia Capital, they said, is also contemplating raising its stake.

News have it that Faasos received significant interest from investors, including private equity and hedge funds, for a possible US$75-million round, at a potential valuation of US$300-330 million, a premium of 40-50% over the ongoing round.

The company, incorporated in 2011 operates an estimated 1,100 internet restaurants.

This would include three operational kitchens in the city by the first quarter of 2019 when it will launch its brands Faasos, Behrouz Biryani, Oven Story and Firangi Bake in the Middle East.

It expects to launch in Indonesia and the UK in the latter half of 2019.  The new round is expected to close by December 2018 or January next year.

Other players competing with Faasos in the online food delivery domain include Zomato, Swiggy, Foodpanda, and UberEats.

Zomato recently received another round of funding (US$210 million) from Alibaba’s Ant Financial to build on a strong market hold.