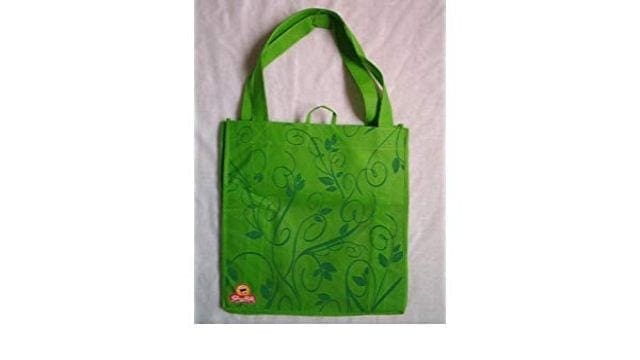 According to a Business Day report, Shoprite will reward customers who reuses its 100% recycled and recyclable plastic bag with 50c off their grocery purchase.

The retailer introduced the 100% recycled plastic shopping bags at Checkers, one of its supermarket chain in 2013 but has introduced ‘planet’ bags in both Shoprite and Checkers stores.

Shoprite said that these bags are bigger and stronger than traditional shopping bags, and are 70 microns (compared to the 24 microns for standard plastic bags) meaning they will last for many shopping trips.

“Changing consumer behaviour by rewarding customers for re-using bags is a critical part of the retailer’s efforts to reduce plastic waste,” the group said.

“In 2013 the Shoprite Group became the first South African retailer to introduce recycled and recyclable plastic shopping bags in its Checkers stores.

Today these are available at all Checkers, Shoprite and Usave stores nationally.”

This aims to reduce the retailer’s use of foam punnets by 3.5 million punnets per annum.

The company noted that it uses recyclable material in almost 60% of the packaging used for fruit and vegetables including punnets, trays, bags, pockets and cartons.

Production of 100% recycled bags aims to divert 2100 tonnes of plastic waste from landfill sites every year.

Such commitments come after the government increased the plastic-bag levy in April by 50% to 12c per bag, a decision triggered by pressure to cut on plastic use, environmental and oceanic pollution.

Woolworths said it would remove single-use plastic bags from one of its stores during a six-month trial period while Pick n Pay in July announced it was replacing single-use plastics with compostable carrier bags.