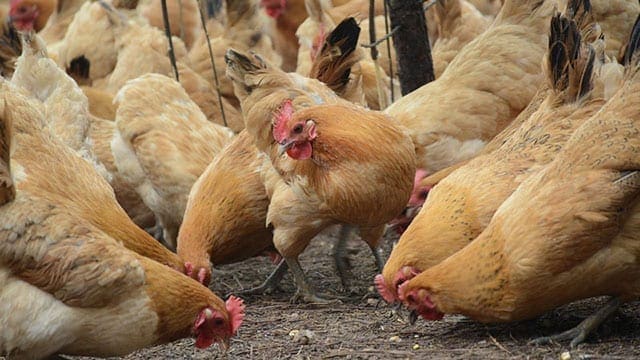 SOUTH AFRICA – South Africa’s leading poultry producer, Astral Foods has said that its headline earnings per share (HEPS) for the year to End-September are expected to double compared to the previous year’s US$1.29.

Business Day reports that the share price of Astral Foods rose 8.4%, the biggest jump in more than a year after announcing that earnings growth would be better than previously forecast.

In a trading statement, the company said headline earnings per share will increase by 90-100% for the year.

In an earlier trading update in September, Astral had forecast 85% jump in earnings, affected by lower poultry sales and selling prices which came under pressure due to a weakening consumer demand.

The first half of the year saw a marked improvement from the prior period that was affected by abnormally high feed costs, and incidences of Avian Influenza.

The results would also be a reflection of higher feed costs, the most important component in poultry farming.

According to analysts, poultry producers had expected to receive exemption from VAT on their products, but that did not happen.

“We have a great business here with an excellent management team, but higher input costs mean the upcoming 2018 results will be the best for them in this cycle,” said Anthony Clark, an analyst at Vunani Securities.

“The first half of 2019 will benefit from firmer chicken prices in the festive season and also from the last of their US$129.46 per ton yellow maize input cost procurement.

But the second half will see higher input costs, lower margins and tighter earnings.”

The price of maize and yellow maize, a critical input in poultry production had climbed greatly from its lowest point, putting pressure on both the manufacturers and the consumers.

According to Clark, Astral bought 800,000 tons of maize a year so the price increase added R370m of extra input costs a year on simple terms.

Weighed down by high taxes, Astral wanted chicken to be exempted from value added tax imposed on basic commodities.