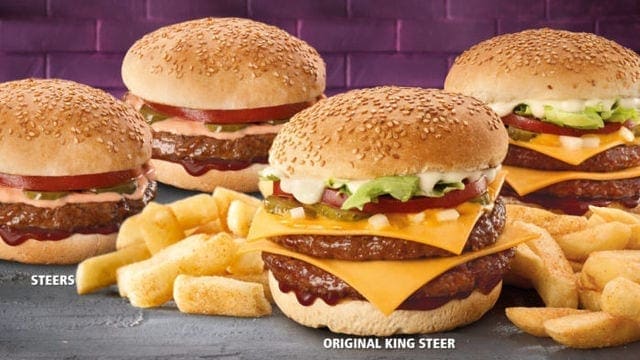 SOUTH AFRICA – Africa’s leading quick-service and casual dining restaurant franchisor, Famous Brands has reported an interim loss of US$37.15 million after announcing earlier that it expected to register a US$61 million impairment from the United Kingdom operations, Gourmet Burger Kitchen.

For the six months to ended August, the restaurant franchiser grew its overall interim revenue by 5.4% to US$245.44 million, according to Business Day.

Regarding South Africa, the company said influx of new international operators had slowed, while the competitive landscape remained intense.

It however remains optimistic for its SA operations, especially in the consumer base which showed improved confidence in the wake of new government ambitions.

“The past growing season proved to be an extremely challenging one, with drought playing a significant role in the outcome.

Despite the best efforts by the plant’s management team and growers, production was substantially off the targeted volumes for viable operation of the plant,” Famous Brands said.

In the interim results statement, Famous Brands indicated that it had stopped operations at another of its 2016 acquired business, Coega Concentrate, a tomato sauce factory it said contributed to a US$1.21 million operating loss.

“Management is pleased to advise shareholders that subsequent to the review period, a prospective buyer for the business has been identified and negotiations regarding the sale are in progress,” it said in a statement.

Famous Brands ventured into home meal segment by opening its Frozen For You frozen-meal brand, which it also sales online.

Given more than expected performance witnessed in this new segment, the restaurant brand is planning to open more of these outlets across Gauteng, according to company CEO Darren Hele.

Hele said the group, which also owns the Steers and Wimpy brands, has opened four Frozen For You stores in the province, in partnership with the chain’s founders.

“We’re very pleased with the performance thus far, it’s certainly meeting our expectations and probably exceeding them,” he said.

“The plan is to roll them out- we’re being cautious to see how it performs, but the early signs are encouraging.

“The big costs are in the back end, the factory reconfiguration, not the stores, and that’s why we need to build some scale, but not at any expense.”