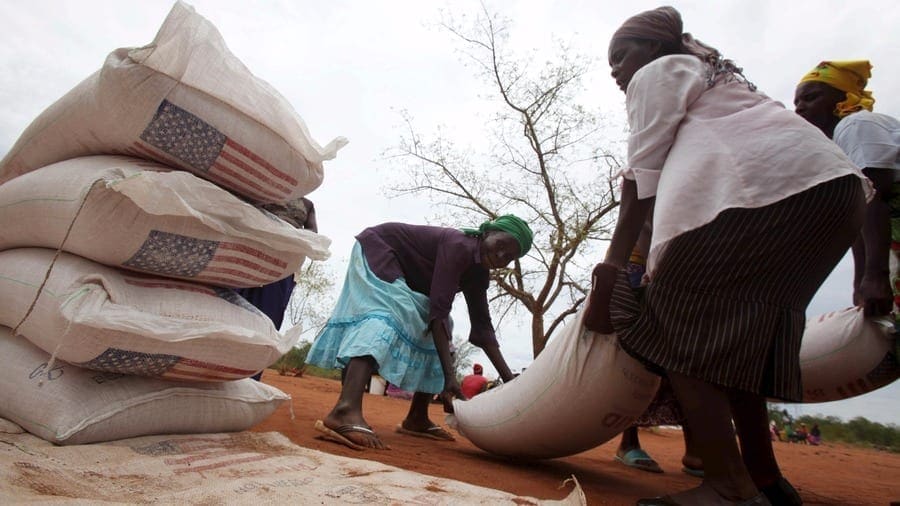 ZIMBABWE – The World Food Programme (WFP) in collaboration with the United States Agency for International Development (USAID) has initiated a US$22 million Lean Season Assistance programme to boost food security in Zimbabwe.

According to the Herald report, the programme running for the 2018/19 season will support over 430,000 Zimbabweans who are food insecure.

In a statement recently, WFP country director Mr Eddie Rowe said USDA was providing its support through its Office of Food for Peace.

USDA has helped them with food assistance for cash-based transfers and purchase of local and regional commodities such as sorghum, as well as an additional contribution of in-kind commodities sourced from the US for the beneficiaries.

“This contribution is supporting the most vulnerable people in food insecure areas in Zimbabwe over six months to get through what is for many, the most difficult time of the year,” he said.

“WFP’s ability to respond to escalating needs in the country hinges on timely and sustained financial contributions from donor nations.

“The US government has provided more than US$77 million in 2017 alone to emergency food support, nutritional assistance, and other programmes.

“In addition, WFP is currently scaling up to provide life-saving food assistance to more than 1.1 million people per month in Zimbabwe, an effort that will require at least US$73.5 million in additional funding through April 2019.”

In Zimbabwe, more than 2.4 million people in the rural areas will face acute food insecurity at the peak of the lean season (January – March 2019), according to Zimbabwe Vulnerability Assessment Committee (ZIMVAC).

The number is likely to increase if there is recurrence of the El Niño climatic phenomenon and late start or poor showing of the rainy season.

Mr Rowe had earlier said that the organisation was working in partnership with the government to support the re-establishment of a national school feeding programme that would link to local agricultural production.

He said the programme was being implemented under the country’s strategic plan for 2017-2021.

“Under its Country Strategic Plan 2017-2021, WFP Zimbabwe is working in partnership with the Government of Zimbabwe to support the re-establishment of a national school feeding programme that would link to local agricultural production,” said Mr Rowe.