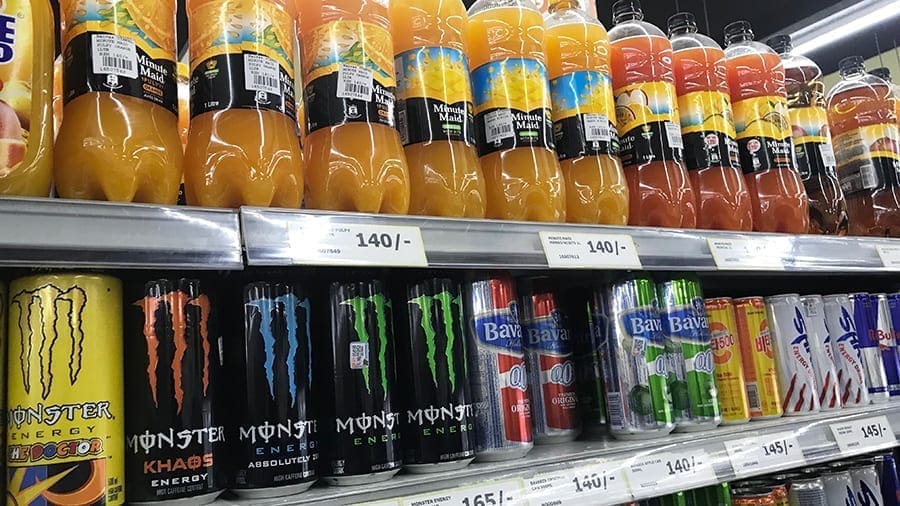 USA– The Coca-Cola Company plans to roll out a range of energy drinks for the first time on its iconic Coca-Cola brand name as it intensifies efforts to break away from its traditional fizzy sodas and shifts to health-focused trends, reports Reuters.

The company has told Reuters that it is working on plans to two launch new energy drinks, which would be branded “Coca-Cola Energy” and “Coca-Cola Energy No Sugar” and made with naturally-derived caffeine and guarana extract.

The move has however, elicited strong reactions from Monster Beverages, where  Coca-Cola took a 16.7% stake for about US$2.15 billion in 2015, with the prices of its shares falling 13% in early morning trading on November 8, reports Food Business News.

Coca-Cola is the single largest shareholder in the producer of the iconic Monster energy drinks, which has a strong following around the world.

As part of the deal, Coke transferred the ownership of its range of energy drinks to Monster Beverages, including NOS, Full Throttle, Burn, Power Play, among others, with Coca-Cola taking over Monster Beverages’ non-energy drink brands like Hansen’s Natural Soda, Hansen juices and Peace Tea.

Coke has previously taken a cautious approach to energy drinks as they are wrought with controversy in both the United States and international markets after some drinks were linked to deaths in young people, notes Reuters.

However, as company’s focuses on becoming a ‘total beverage company’, it is increasingly seeking new ways to expand its beverages offering beyond the regular fizzy drinks, with energy drinks being one of the company’s focus areas.

Monster Beverages says that Coke’s plans to introduce a new line of energy drinks runs counter to the earlier agreements signed in 2015, and that both parties have gone into arbitration to clarify the matter.

“As some of you may have read, Coca-Cola has developed two energy products it believes it may market under an exception relating to the Coca-Cola brand,” Rodney C. Sacks, chairman and CEO of Monster, he told with analysts during a conference call.

“We believe that the exception does not apply. Upon mutual agreement to obtain clarification, the issue was submitted to arbitration last week on Oct. 31, 2018.

“Coca-Cola has indicated that it has suspended the proposed launch of such energy products until April 2019. Coke (is) obviously looking at their own portfolio and looking for where they believe they see opportunities and where their own bottlers would look to expand their own portfolio,” he said.

“There is an exception for certain products that are in the Coca-Cola brand. And that is, in and of itself, an area that we’re looking at. We have a difference of opinion on it. We don’t know — at this point, we don’t think it’s appropriate for us to speculate on, if that comes to fruition, what effect that might or might not have on our brand,”

Monster says that its relationship with Coca-Cola is fine, though.

“We continue to have our full range sold by them. And we just don’t think that at this point, we would be in a position — or should be in a position — to speculate on what effect that might have. It would just be another product being sold by Coca-Cola bottlers, but the impact and effect on us would be something, I think, wouldn’t be appropriate for us to deal with.

“We don’t believe it will have a material impact on our relationship. We just believe we’ll have to manage it in an appropriate way if and when it occurs.”