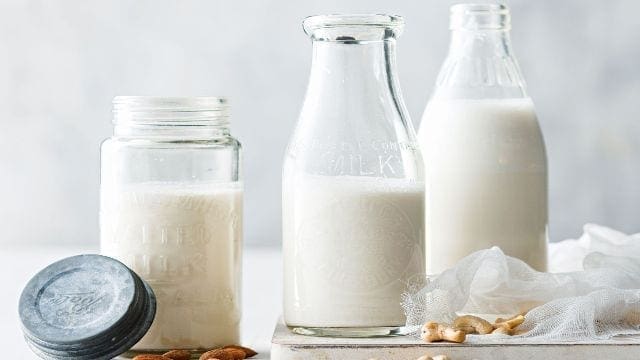 UK– A new report from the UK’s leading sustainability experts WRAP shows for the first time the scale of milk waste across the food chain and highlights ways to significantly reduce the 330,000 tonnes of milk lost each year, equating to 7% of total UK production andworth more than £150 million (US$192 million).

According to the report, milk waste in the home is by far the largest contributor, accounting for nearly 90% of UK milk waste with 290,000 tonnes thrown away every year, or more than 232,000 tonnes of milk as a nation – 8.75 litres per household.

Further, milk waste in the supply chain, through breakages and leaks during transportation and in retail outlets, represents 30,000 tonnes; with an additional 13,000 tonnes of waste identified during processing.

The report Opportunities to Reduce Waste along the Journey of Milk, from Dairy to Home identifies key actions that could help reduce waste by an estimated 90,000 tonnes per year, offering a potential combined saving of upwards of £40 million (US$51 million), with saving opportunities at processing, transportation, retail and at home.

Sorting out wastage at home

WRAP’s research shows that the typical UK fridge at home operates at 2°C warmer than the recommended Food Standards Agency guideline of between 0-5 degrees, with most people not knowing the temperature their fridge is running at or how to set it to the right temperature.

The report estimates that reducing the temperature of fridges at home to below 5°C could stop more than 50,000 tonnes of milk waste every year, saving shoppers £25 million (US$32 million).

It also suggests that the use of temperature sensitive labels (the use thermochromic inks, which change colour above or below a certain temperature threshold (e.g. 5°C) on milk could be a way to tackle the confusion around fridge temperatures.

However, WRAP says that in existing labels, it is championing for the use of the Little Blue Fridge icon to be more widely used on milk packaging with supporting messaging to ‘keep in the fridge below 5°C’ on the front of all milk bottles, reflecting the need for clearer storage instructions in the country.

The Little Blue Fridge icon was developed by WRAP together with the Department of Food and Rural Agriculture (DEFRA) and the Food Standards Agency last year.

Under its Love Food Hate Waste campaign, WRAP is addressing the confusion people have with the variety of fridges settings with a new interactive guide www.chillthefridgeout.com.

The resource helps anyone check that the temperature setting is correct for 24 of the county’s most popular fridges.

With only a quarter of the population (26%) freezing milk compared with half who freeze meat (51%), fish and seafood (37%) and bread (35%), WRAP estimates that increasing freezing levels for milk to match those of fish and bread could cut more than 10,000 tonnes of waste, saving £5 million (US$6.4 million).

The research also showed that increasing the average ‘Use By’ life available to consumers by just one day could reduce waste by more than 20,000 tonnes, or £10 million, with the industry taking positive steps to increase milk shelf life, including processing innovations, site hygiene best practices and reducing time in the supply chain.

Smart labelling innovations that can adjust shelf life based on the condition of the milk might also offer a future opportunity to increase the life on-pack.

WRAP also reiterates a series of recommendations to ensure products like milk have optimum storage conditions, including increase in the number of fridges that have an integral thermometer, with the temperature indicator visible even when the door is closed.

Reducing waste in the supply chain

WRAP says that the most significant waste identified during milk processing arises from the process of separating cream from milk, which produces ‘separator desludge’, which is usually sent to the drain.

WRAP believes this is a potentially rich resource with high nutrient value proteins which should be further processed into materials suitable for food, or animal feed applications, reducing waste by an estimated 10,000 tonnes and cut disposal costs by around £1 million a year.

WRAP says that practical interventions to avoid milk waste in depots and retail stores could save industry an estimated £1.5 million, e.g. reviewing bottle design and specifications to avoid breakages and leaks which are the major causes of waste at this stage of the product journey.

WRAP says it will work with the dairy sector through the Courtauld 2025 Dairy Working Group to help ensure the recommendations are implemented and plans to track improvements and innovations to pack design and labelling over time through its Retail Survey.

Progress will also be reported as part of a new target within The Dairy Roadmap to increase product and packaging design features that help prevent consumer food waste.

Milk is the third most wasted food item in the home, after potatoes and bread.