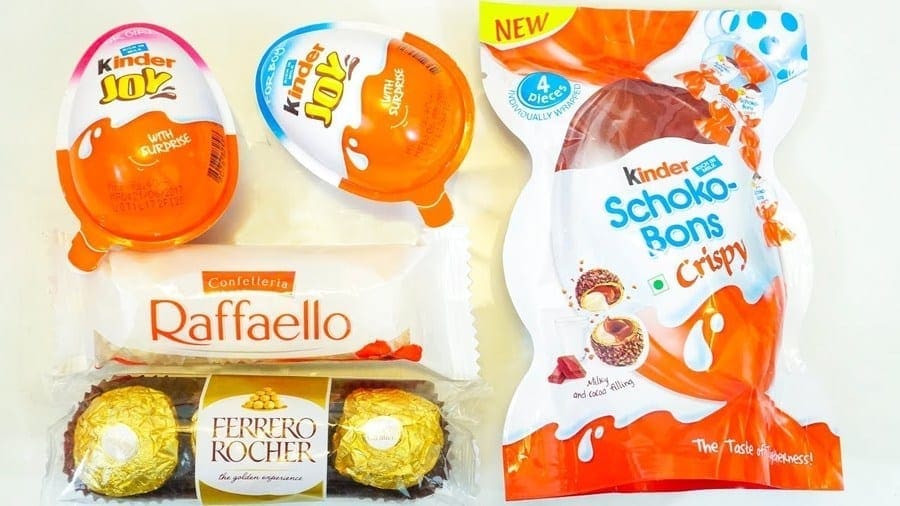 INDIA –  Kinder Joy chocolate maker Ferrero India has posted a 17% decline in profit with a net loss of US$12.26 million during the year ended March 2018.

According to Economic Times report, this is the worst performance reported by the Italian manufacturer of branded chocolate and confectionery since it entered the Indian market a decade ago.

Revenues for the period under review were US$210.52 million compared to US$252.89 million it made in sales in the previous year.

Last year, the company had posted US$2.87 million in net profit attributed to new taxation policy and reduction in exports.

Net sales was not comparable as turnover in the last fiscal was calculated net of GST while earlier, it was gross of excise, which in turn was part of the cost.

The company said changes due to the statutory reporting and indirect taxation were the key reasons for the gap.
“The FY 2017-18 was an interesting year as we navigated through the challenges that came with the changes in the taxation policy that had a ripple effect across industries leading to temporary stagnation as the overall business ecosystem adapted to the new policy,” said Ferrero India’s spokesperson.

Ferrero, which is the second largest confectioner in India after Mondelez, has been working to ramp up production and distribution capabilities over the years.

The company said it will invest another US$68.4 million to take its total investment to about US4274 million in India, as part of plans to expand its production facility and distribution network.

The company is aiming to further penetrate into tier II and III cities by doubling its distribution network over the next 2-3 years.

Struggle for a bigger market

Ferrero has brands like Ferrero Rocher, Kinder, Tic Tac and Nutella, and is considering getting into the affordable segment in the sugar confectionery with value-based offerings and small SKUs in chocolate.

Moreover, the premium chocolate maker is also aiming the mass market by having some affordable products in its offerings.

“We are steadfast in our belief that India is an important market and we will continue to grow as we invest in growing our sales network and ramping up production capacity,” the spokesperson said.

Even though Indians consume roughly 120 grams of chocolate a year, the least among emerging markets, and ten times lower than developed ones, the market seems to be important for many given its potential and size.

Every chocolate maker or confectioner is looking at the potential of such a market to strengthen their footprint.

US-based Mars Inc. has announced an investment of US$137 million to set up a manufacturing plant in Maharashtra while Hershey’s launched its flagship ‘Kisses’ chocolate in the country last month.

Over the past year, Mondelez too has launched a slew of new products in India and expanded aggressively beyond the bigger cities and towns, that has helped them gain market share.