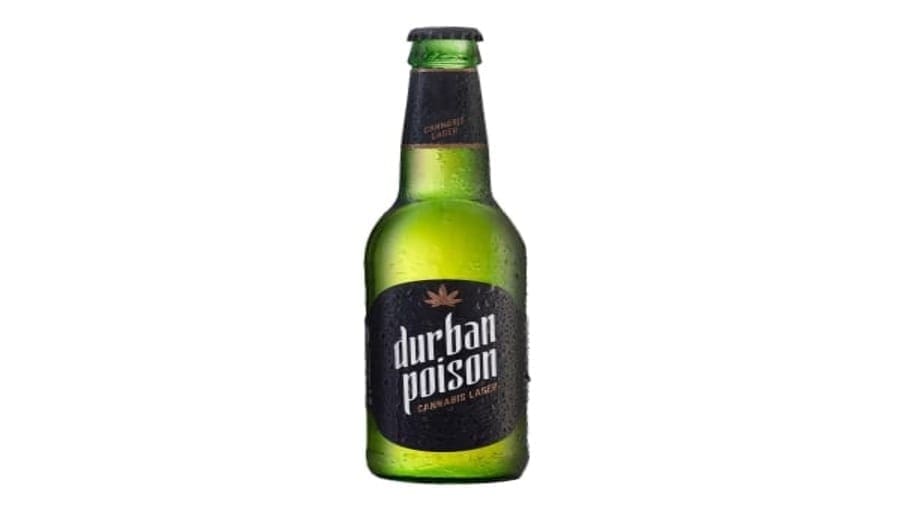 The distribution support agreement will see Distell, which do not have beers in its portfolio distribute and sell the cannabis lager, which has received backing from RCL Foods CEO Miles Dally and Spar CEO Graham O’Connor.

Poison City Brewing said it started selling its lager containing hemp- made with cannabis sativa as an ingredient in September to become the first in the country.

The lager is made with hemp, a variety of the cannabis sativa plant largely devoid of mind-altering ingredients that is, does not contain the psychoactive ingredient which makes a user “high” – tetrahydrocannabinol (THC).

The launch of the lager was soon followed by a Constitutional Court ruling that effectively decriminalised the private use of cannabis in SA.

According to the craft brewer’s co-founder, Graeme Bird, demand for the Durban Poison Cannabis Lager had overwhelmingly exceeded capacity, thus need for the recent partnership.

The partnership will allow Poison City Brewing to meet demand for the beer through both formal and informal channels.

“Distell, as one of the leading liquor beverages companies in SA, has a powerful route-to-market platform and will step change our consumer and market reach,” Bird said.

After receiving backing from top CEOs, the company said it plans to make cannabis drinks through its own joint venture in Canada which is in the process of legalizing recreational use of marijuana after the senate vote.

As legalization of medicinal cannabis gets shape in some countries, global conglomerates are rushing in with investments to tap this promising segment.

Global beverages companies are dipping their toes into the burgeoning cannabis market, which received a major lift in October when Canada legalised the recreational use of the plant.

United Kingdom could be on the line to legalize prescription of medicinal cannabis to patients dependent on marijuana-based treatments.

AB InBev, the world’s largest brewer said in October that it was keeping a close eye on the cannabis market.

In September, Coca-Cola said it was in talks with cannabis-infused beverages company Aurora Cannabis, something that could see it foray into the marijuana sector.

In August Constellation Brands, which makes Corona beers in the US, invested another US$4bn into Canadian marijuana company Canopy Growth.