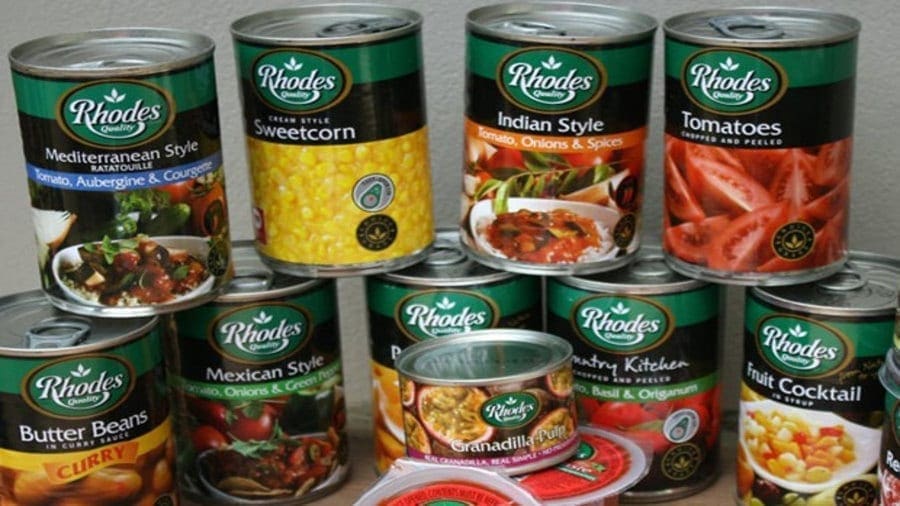 SOUTH AFRICA – The JSE-listed food company, Rhodes Food has said that profit after tax for the year ended 30 September declined 34.3% to US$10.95 million as a result of a slowing economic environment that heavily impacted sales.

Headline earnings for the period under review also decreased by 32.9% to US$11.29 million, adversely affected by the increased net interest payments and underperformance in some product categories.

The company made US$8.01 million in net interest payments, an US$2.02 million increase and this was attributed to increased capital investment programme, and lower levels of cash being generated owing to the lower profit over the past year.

The international segment did not perform based on expectations due to challenges faced by the business including drought in the Western Cape which led to increased canned fruit costs.

Other challenges in the international market included weak industrial puree and concentrate pricing, and the strong currency.

With diluted headline earnings per share falling 34.9% to 60.8 cents, the company declared a cash dividend of 20.3 cents, 34.7% lower than the previous year, based on the group’s dividend cover policy of three times.

Working capital efficiency and net working capital reduced by US$2.10 million, benefiting from the timing of creditor and debtor payments over year end.

The company said it continues to focus on the regional segment to drive organic growth, increase shares, improve margins and prioritize turning around the performance of Ma Baker.

In 2019, Rhodes Food expects the international market to return to profitability as export volumes are likely to continue to improve while foreign selling prices of canned fruit are anticipated to show a small increase.

Also in the year, the company has committed US$14.20 million in investment with a goal to complete three remaining major capital projects in the first quarter of the new year.

Acquisition of pie and pastry products supplier Ma Baker two years ago is yet to realize any profits for the company.

The company said the higher capital investment was attributed to the funding of the Ma Baker business, which was slower in turning around to profitability.

The acquisition was made in October 2016 in a move   to strengthen RFG’s position in the pie and pastry market.

Ma Baker’s underperformance was blamed on reduction in SA and sub-Saharan Africa’s operating margin in the year to September.

The pie subsidiary has been more like a liability as RFG closed distribution centres and retrenched staff soon after the acquisition.

RFG said previously that when it took over Ma Baker it was inefficient and did not comply with food-safety regulations.