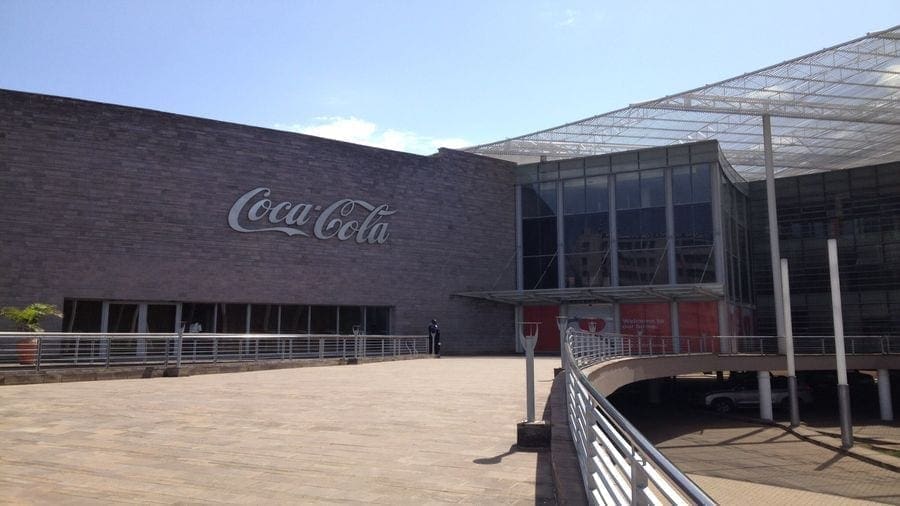 KENYA – Soft drinks manufacturer, Coca-Cola has said that it is seeking to sell or rent its Nairobi Upperhill facility at a cost of US$10.05 million (1.03 billion Kenya shillings) in line with the company’s workplace agenda to provide a modern workplace that enhances creativity and innovation among its staff.

The company said it is moving to into a new facility in Lavington, the decision it says is in line with their Vision 2020 on workplace agenda.

The facility acts as Coca-Cola headquarters in East and Central Africa and oversees the bottler operations in 14 African countries.

Built in 2008 for US$6.83 million, the offices sit on four acres of land and boasts of ‘green’ features that include solar heating, rain water harvesting, power conservation devices and a green roof garden that acts as a recreation area.

“We want to provide our employees with the best work experience and one of the key projects, which are global, but we are working on here (in Nairobi office), is called ‘Workplace Vision 2020’ where the space that we provide is more open, more collaborative.

It also inspires creativity, innovation and is less formal and more comfortable with more hang-out places.”

The company also said it chose the new location because it was looking for a work station near residences and social amenities such as schools, shopping malls and restaurants.

Coca-Cola had opened the Upperhill offices in 2008 saying they chose Kenya as a regional hub due to improved communication infrastructure.

Unveiling the Coca-Cola logo at the Upperhill offices last year, the company said it had lined up US$90 million in investments in Kenya over the three years through 2018 to increase its product range.

This included about US$68 million investment in a state-of-the-art hot-fill juice line at the Nairobi Coca-Cola Plant.

The investment under the Coca-Cola Beverages Africa (CCBA) complements its mainstay soda, juice and water products.

Coca-Cola in Kenya employs an estimated 13,000 people directly in bottling activities and a further 700,000 through auxiliary services within the supply chain.

The company said the new head office will be home to 102 employees.