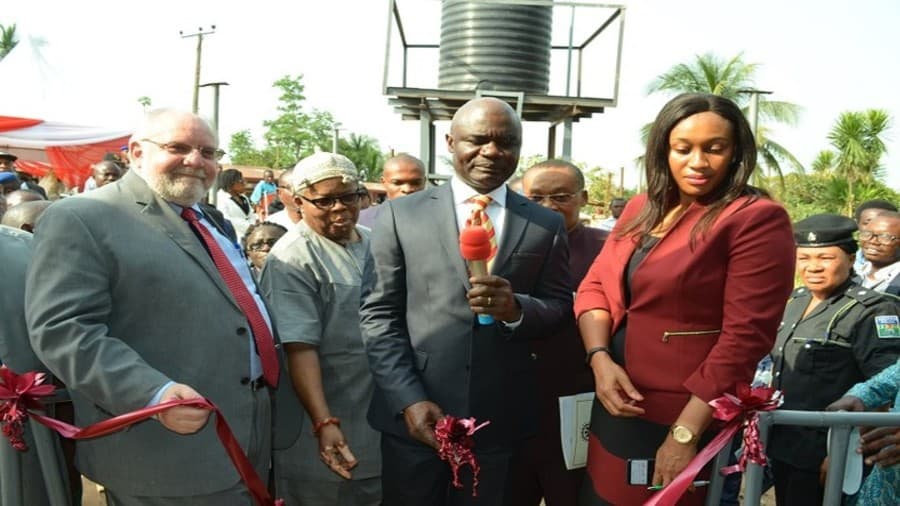 NIGERIA – The Coca-Cola foundation (TCCF) and The United States Agency for International Development (USAID) through their Water and Development Alliance (WADA) global partnership have commissioned a project to improve access to safe water and sanitation services in Nigeria.

New Telegraph reports that the US$2 million project under the developer Partners for Development (PfD) will benefit over 50,000 persons in Cross River and Abia states in Nigeria.

“Investment in water, sanitation and hygiene is extremely important.

This is why we partner with Coca-Cola and a number of local communities, four LGAs in two states to provide improved water services to over 50,000 individuals and sanitation to them.

We believe maintaining these facilities will go a long way to contribute to the health and economic well-being and development of your communities.”

The initiative is expected to strengthen the capacity of Water, Sanitation and Hygiene Communities (WASHCOMs) in providing new and improved water and sanitation facilities in the states.

Under the partnership, 40 boreholes and 31 sanitation facilities have been constructed to serve the communities in the two states.

Statistics from the JMP/WHO show that, 33% of Nigeria’s population (59.5 million) lack access to safe water and over 67% (121 million) Nigerians lack access to adequate sanitation.

The project developer, PfD, has shown its commitment to transform tha state of water safety and sanitation in the two states through continued collaboration with local governments.

TCCAF and USAID have collaborated in Nigeria under the WADA initiative with the commissioning marking the end of the third phase since the start of the project in 2007.

The partnership has improved water resource management and expanded sustainable access to safe drinking water and sanitation services in other states across Nigeria.

Since then, the initiative has benefited over 240,000 people and has contributed greatly to the control and prevention of water-related diseases such as cholera and typhoid, by providing water and sanitation services and hygiene education.