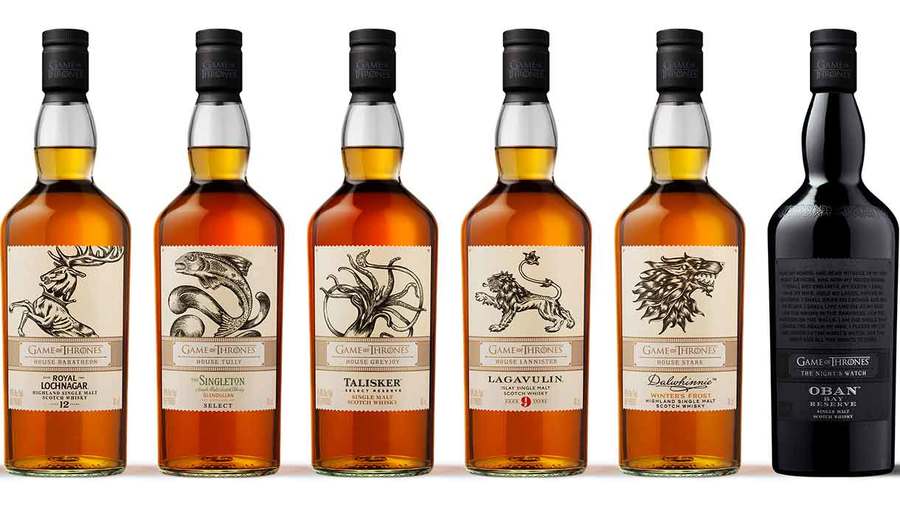 According to the company, the Game of Thrones Single Malt Whisky Collection has been launched to tide fans over during their wait for the eighth and final season of the show later this year.

The line features eight Scotch whiskies, each paired with one of the Houses of Westeros, and one with the Night’s Watch, to give fans ‘an authentic taste of the Seven Kingdoms and beyond’.

Diageo said the collection is now available to pre-order in select European countries and will arrive with customers from 19 February.

The collection was released in the US in November, and has been rolling out in Canada and global travel retail this month.

Six of the whiskies are new expressions, with the exception of Cardhu Gold Reserve and Royal Lochnagar 12-Year-Old, which are already available in the UK as expressions out with the GOT range.

This follows the release of the limited edition of Johnnie Walker’s Scotch whisky inspired by TV series Game of Thrones.

The White Walker 41.7% ABV Scotch features single malt whiskies from the Cardhu and Clynelish distilleries in Scotland, and has notes of caramelised sugar and vanilla, fresh red berries with a touch of orchard fruit.

It depicts a white and blue design to mimic the frozen conditions of the Frozen North, and the bottle utilises temperature-sensitive ink technology to reveal ‘Winter is Here’ when the bottle is frozen.