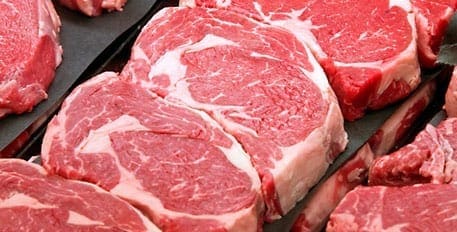 SOUTH AFRICA – Meat producers in South Africa have raised an alarm on the industry’s performance following the recent outbreak of foot and mouth disease which has seen its neighbouring countries suspend importation of SA’s red meat until proof that the disease has been contained.

Sandy le Marque, the CEO of the KwaZulu-Natal Agricultural Union (Kwanalu), noted that farmers in the province are deeply affected by the ban and the disease could hurt the industry, reports Business day

“The impact of a serious disease such as FMD is really serious for agriculture as a whole.

What remains critical is for livestock producers in KwaZulu-Natal to tighten up their bio-security protocols, remain vigilant and follow the disease management information,” said Sandy.

SA’s FMD-free status was suspended after the disease was confirmed by the FMD laboratory and the reported to the World Organisation for Animal Health.

Since then Zimbabwe, Botswana, Namibia, eSwatini and Mozambique have announced a complete ban on importing South African meat until they have proof that the disease has been contained.

A study conducted by the Red Meat Producers Organisation (RPO) found in 2017 that if the country lost its FMD-free status, the economy would lose about US$ 439.23 million a year.

According to RPO, the country lost its FMD-free status in 2011 after an outbreak and only regained it in 2014, at a cost of US$292.82 million to the economy, according to the organisation.

Hendrik Botha, from the KwaZulu-Natal RPO, said the Limpopo accounts for about 30% of meat producers in the country and all of them will be severely affected if the ban persists for a long period of time. He said, however, they are not folding their hands during the crisis.

“We are working with the government and other stakeholders to mitigate the impact of the outbreak and the ban on South African red meat.

So this is not the end of the world and we are confident that a solution will be found,” he said.

However, minister of agriculture, forestry and fisheries, Senzeni Zokwana met red meat producers from around the country and said he was confident his department will be able to contain the outbreak to the Vhembe District in Limpopo.

Zokwana said the government is seeking interventions that will the neighbouring countries and other trading partners to continue importing meat from non-affected part of SA.