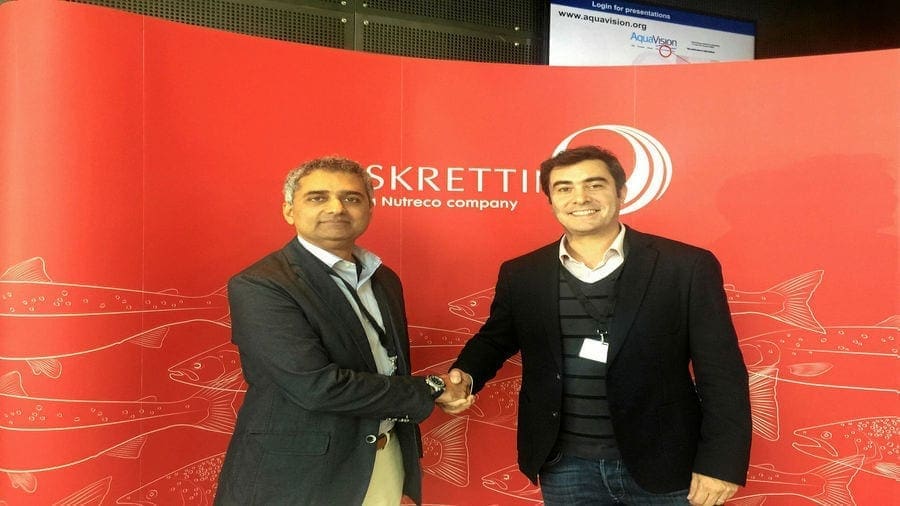 The joint efforts will work to enhance availability of sustainable shrimp and fish feeds in the market while providing health and nutrition expertise through value addition.

This aims to boost India’s aquaculture industry that is significantly growing as a result of increasing demand for responsibly-produced shrimp and fish.

Skretting, which is the world’s largest producer of feeds for farmed fish plans to develop aquaculture operations by establishing local partnerships while supporting local producers.

“India’s shrimp production has grown so rapidly over such a short period of time that some producers have been setting up their own feed plants.

This was not a direction that West Coast wanted to take; it felt that the competency and technological know-how required to expand production properly required a feed partner with a proven track record.

For Skretting, having access to West Coast’s customer base of more than 800 farmers, and some relationships that already go back 20 years, meant it had a strong platform from which to grow market share,” said Puneet Pokhriyal, General Manager, Skretting India.

Skretting already feeds into the region from outside India and the new deal will allow West Coast grow new marine fish species, especially tilapia which has been identified as having a lot of potential for India.

The development follows the joint venture partnership established between Skretting and West Coast Group in June 2018 to help the country maintain its aquaculture production growth rates in a sustainable manner.

The deal plans to build a feed production facility in west India to supply to aquaculture farms in the region, with operations at the plant planned to start in the first quarter of 2020.

The new state-of-the-art feed production facility located in Surat, Gujarat State will supply products and support to aquaculture farms along the west coast.

The location will provide access to approximately 10% of the country’s current shrimp production and 8% of its total inland fish farming output, said the companies.

While West Coast is seeking to enhance capabilities in aquaculture at both local and international operations, Skretting intends to secure a firm foothold in India’s aquaculture market.

The companies plan to create a local sales and services team in early 2019 to work with the local industry to introduce its products and knowledge to the region.