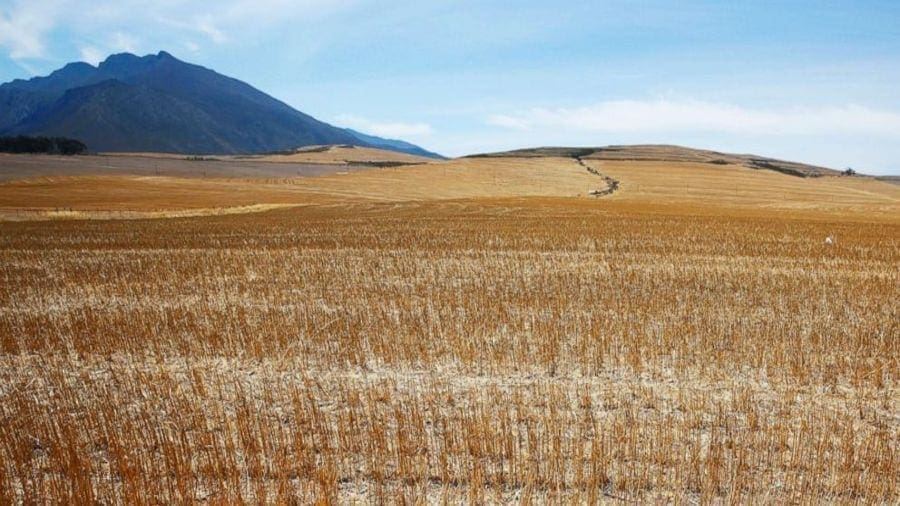 Beverley Schäfer, minister of economic opportunities in the Province on his visit to meet farmers who are currently in the fourth year of a crippling drought said that he deliberated with the farmers on possible intervention to mitigate the situation.

“The farmers I met with had various ideas for ways in which farmers in the region could be supported and assisted and we will be investigating how best to do this,” he said.

Following an assessment carried out by the department in October 2018, it made the decision to increase support from once every second month, to monthly in the extremely critical areas including the central Karoo.

In November and December, the department issued nearly R8 million (US$0.58m) a month to benefiting 563 and 569 farmers in central Karoo region.

“I saw first-hand how the grasses and plants which ordinarily provide grazing for sheep have died out.

Farmers are reliant on the fodder support which they receive from the department, as well as donations.

Despite drastically reducing their herd sizes, they told me it’s just not enough,” said Schäfer.

According to farmers, the prevailing drought condition experienced in the region has dug dip into their pockets as they struggle to seek feed for their livestock.

While donations of roughage were being made by farmers across the country, recipients were battling to pay the transport costs to get it to the area.

“If it wasn’t for the help of the government and other farmers who have given us roughage for free, I don’t know. We wouldn’t be here,” said Lukas Botes, a farmer in the region.

Schäfer said that the Agricultural department is committed to support farmers especially during this time when the disaster has affected most regions.

Meanwhile, SA Agriculture Business Chamber has said that the country is likely to miss forecasts for maize output this year because dry weather has delayed plantings, and possible frost at the end of the season may hurt the crop.

Jannie de Villiers, CEO of Grain SA said that the dry weather conditions raise the spectre of a drought that could be worse than the one in 2016.