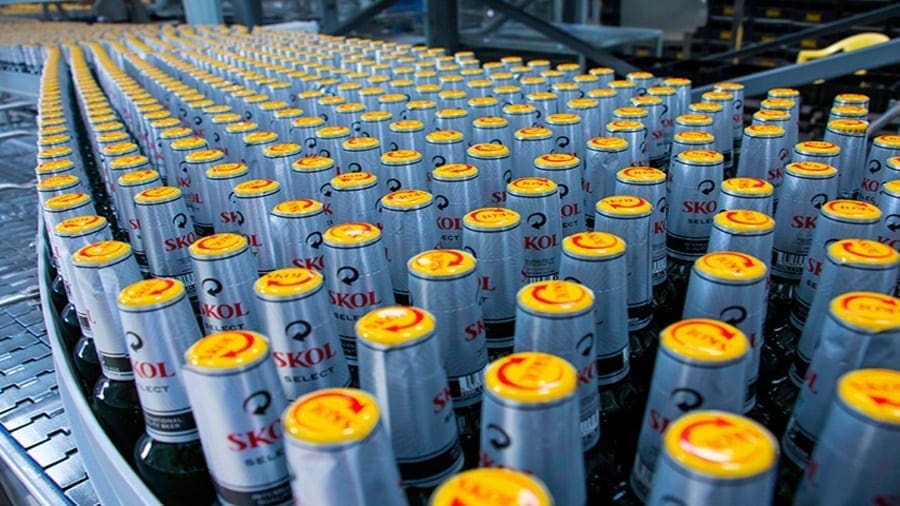 RWANDA – SKOL Breweries Limited, has unveiled a new packaging line at an investment worth US$10 million as it aims at consolidating the brewer’s market share that currently stands at 20%, reports New Times Rwanda.

The brewer said that the new packaging line will increase the bottling capacity from 450,000 hectolitres to more than one million hectolitres annually owed to its high efficiency.

Speaking at the event, Prime Minister Edouard Ngirente said that this was a milestone for the company and the country as it will help increase exports from Rwanda to other countries.

“This inauguration is in line with the government’s Strategy for National Transformation (NTS) that aims at promoting industrialisation and obtaining a structural shift in the export base to high value goods and services with the goal of growing exports by 17% annually,” he said.

Last year, the brewer unveiled its latest brand, SKOL Select as it seeks to increase its market share which according to Ivan Wulffaert , General Manager SKOL Breweries grew by 20% in 2018 from 5% in 2010.

“One of the key indications of Skol Brewery’s growing market share is that the brewer’s distribution has grown by 30 times in the past seven years.

Consumers are looking for a better taste and satisfying quality products,” said Wulffaert.

Ngirente also used the platform to lure more investors to make use of the conducive business environment of Rwanda.

“As far as business is concerned, the 2019 World Bank Report on Doing Business ranked Rwanda the second easiest country in Africa and the 29th in the world.

“I would like to assure SKOL and other investors that the government of Rwanda will continue to improve the environment of operating a business in Rwanda,” he added.

Wulffaert said that the stable and secure growing Rwandan economy has propelled SKOL’s recent investments in the beverage industry.

Skol Brewery Ltd is subsidiary of Belgium-based UNIBRA and entered the Rwandan market in 2010 and since then the company has recorded significant growth due to its wide range of brands.

It’s estimated that as the second largest beer manufacturer by market share, SKOL currently contributes over US$22 million (Rwf 20billion) to the national coffers.