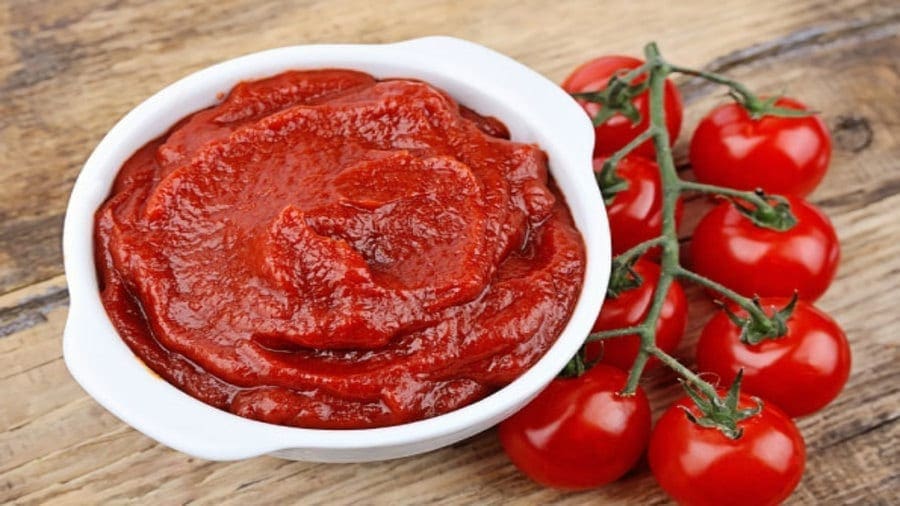 NIGERIA-  The federal government of Nigeria has unveiled plans of imposing a total ban on the importation of tomato paste in a bid to boost local tomato production in the country.

Speaking during a visit at Dangote Tomato Processing Plant, the Minister of agriculture and natural resources, Audu Ogbeh, revealed that the government will introduce the ban before the end of 2019.

The minister noted that the government will finance farmers through soft loans to be disbursed by the Central Bank of Nigeria and Bank Agriculture to the tune of n250 billion a move aimed to the country’s boost production capacity.

“Federal government will continue to encourage Dangote agro-farms and the farmers to grow massive tomatoes in Nigeria and with this kind of outfit, farmers will earn more with better seedlings from the Dangote greenhouse and get better results,” he said

According to the minister, through the out grower scheme, farmers will be able to achieve and surpass local demand and supply the international market, saving the country billions spent on tomato paste importation.

“The greenhouse plant will produce 3 million seedlings which will supply to farmers. With this hybrid tomato seedling, farmers will be able to produce over 70,000 tons per hectare against the 10,000 tons,” he said.

“To this end, this output will encourage farmers to increase their production and provide job opportunity.

Let me emphasize the federal government ban on those foods and other items we can produce in this country still remain on the banning list,” he said, according to the report.

Dangote Group, launched the US$20 million tomato processing facility in early 2016 with a production capacity of 1,200 metric tons per day.

Despite Nigeria being a major tomato producer in the world, with about 1.8 million metric tonnes annual production and over 48 million tomato farmers across the country, it remains the largest tomato paste importer in the world.

It has been estimated that Nigeria loses about 40% of tomatoes annually due to the status of in the tomato sector costing the country loss of currency.

Currently, the country’s demand for fresh tomato fruits stands at about 2.45 million tonnes driving the importation of an annual stinted 150, 000mt of tomato concentrate.