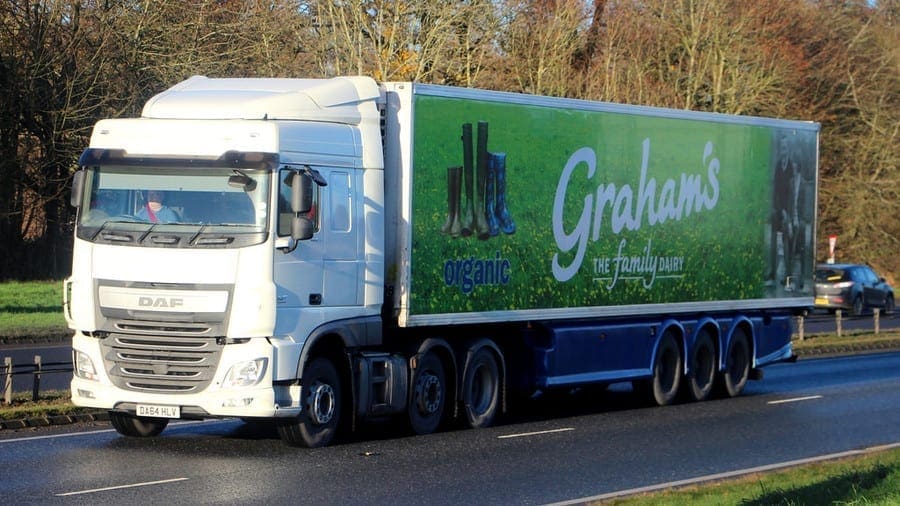 SCOTLAND – UK supermarket chain Aldi has entered into a five-year milk supply agreement with Scottish milk producer Graham’s The Family Dairy in a deal worth approximately US$71.06 million (£55 million).

Graham’s The Family Dairy will supply Aldi with fresh Scottish milk in all of its stores across Scotland.

The investment is an extension of an already existing long-term agreement between the two firms, established in 2010.

Bridge of Allan based Graham’s The Family Dairy is a producer of milk, cheeses, creams, butter, ice-creams, yogurt and has been supplying Aldi UK and Scotland stores with a range of products, including skyr yoghurt, cottage cheese and quark.

According to Aldi, the deal forms part of a wider commitment to supporting Scottish farmers and sourcing high-quality local produce.

“Since 2010, we have enjoyed a close working relationship with Aldi and we are delighted to have agreed a new five-year deal to extend this partnership to the end of 2023.

“Long-term thinking, being innovative and fast to market is important to our family business, all qualities which Aldi share.

This is the largest contract we have agreed to date and is worth roughly £55 million over the five-year period.

It is also very positive news for our farming partners and around 700 colleagues across Scotland.

“We look forward to continuing to build and grow our already strong relationship with Aldi, both in Scotland and across the UK,” said Robert Graham, managing director at Graham’s The Family Dairy.

Aldi, which is the fifth largest and fastest-growing supermarket in the UK, has been working with more than 80 local suppliers and stocks more than 400 Scottish products.

“This new five-year deal with Graham’s the Family Dairy will allow Aldi to continue to stock milk sourced from local farms in all our Scottish stores.

“Scottish milk and dairy products are among the highest quality in the world, and we hope that by working closely with local farms it will help sustain and grow this vital industry.”

In October 2018, Aldi entered into an agreement with Arla to supply majority of liquid milk and cream to its stores in England and Wales.

Aldi has held milk supply agreements with other dairy firms such as Trewithen Dairy, and the Dutch dairy corporative, Muller.