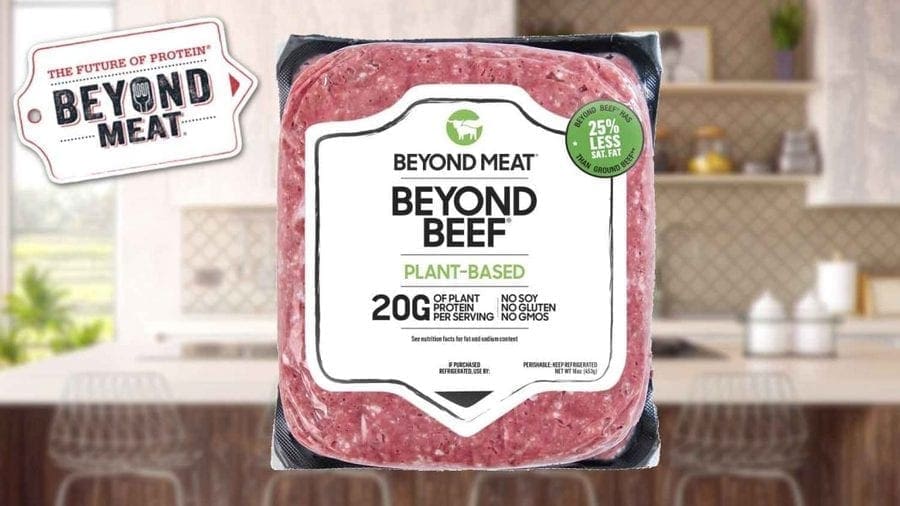 USA – The Los Angeles-based producer of plant-based meat substitutes, Beyond Meat has launched Beyond Beef, a plant-based alternative to ground beef, suitable for vegan diets.

According to the company, the new product provides the same benefits as ground beef while addressing health and environmental concerns as well as animal welfare and ethics.

Beyond Beef has 25% less saturated fat than beef, with less than 6g per serving, and is a complete source of protein, with 20g/per 4oz. serving.

The plant-based meat alternative is made with a blend of mung bean, pea and rice protein to provide a meatier texture that mimics the chew and juiciness of ground beef.

It has no soy, no gluten and no genetically modified organisms and is set to hit retail stores in the US later this year.

Meat lovers can enjoy a plant-based recipe in a range of applications including in tacos, meatballs, sliders, empanada and others.

“We’ve long had our eye on creating a product that enables consumers to enjoy all the benefits and versatility of ground beef while tapping into the human health, environmental, and animal welfare benefits of plant-based foods.

“As is our commitment, we’ve built this latest addition to our family of plant-based meats while being thoughtful about ingredient choices that support everyday use by the whole family, including strict avoidance of GMOs, soy, or gluten,” said Ethan Brown, founder and CEO of Beyond Meat.

Beyond meat said it is investing in innovation, supply chain capabilities, manufacturing, and marketing initiatives to take a bigger share of the plant-based protein market.

It expanded to more than 35,000 restaurants, grocery stores, universities, hotels, and stadiums and opened a state-of-the-art innovation centre in Los Angeles, US.

The company last November announced plans to go public with an IPO worth US$100 million as it aims to accelerate its plant-based portfolio.

In 2017, it secured a US$55 million in an investment round led by Tyson Foods and venture capital firm Cleveland Avenue, which it said would more than triple Beyond Meat’s production.

Other companies investing in this segment include Impossible Foods which has Impossible Burger in its portfolio and Nestle which said intends to introduce a plant-based, meat-free burger in the spring called the ‘Incredible Burger’.