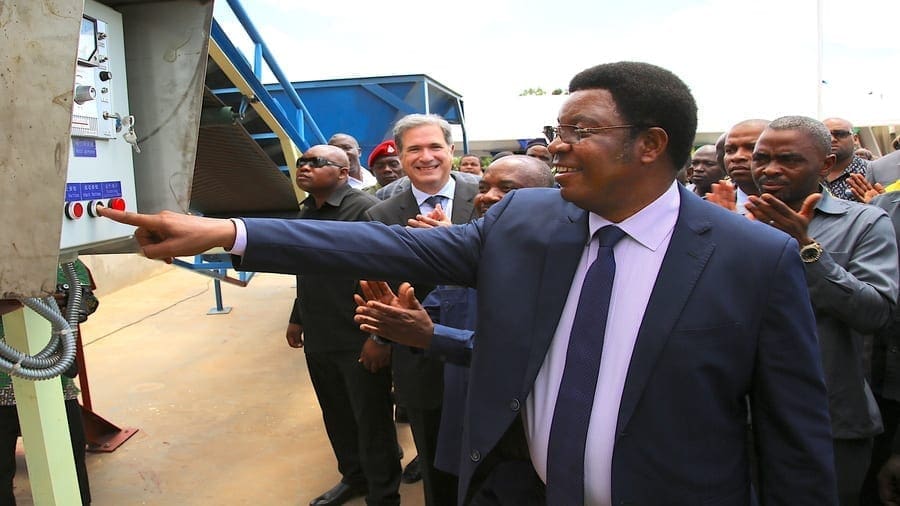 TANZANIA – Tanzania has launched a new modern cassava plant, the Cassava Starch of Tanzania Corporation Limited (CSTC) located in the southern region of the country.

The facility, which was constructed by a French firm, has the capacity to process 60 tonnes of raw cassava per day, equivalent to 25 tonnes of quality cassava flour per day and a capacity to offer 420 employment opportunities, reports Daily News.

Speaking in the side-lines of the launch, Prime Minister Kassim Majaliwa urged residents from the southern regions to optimally utilise the plant by increasing production and assured producers of a ready market.

He added that the government is committed in establishing more agro-allied industries in the country to add value to crops grown by farmers as an initiative to increase productivity and create employment opportunities.

He said the institute conducted a research on cassava seedlings capable of producing between 20 and 50 tonnes per hectare.

French Ambassador to Tanzania Frederic Clavier said the French government was ready to partner the government in its resolve to spearhead economic growth as it focuses to attain the middle-income status by 2025.

He said the construction of the factory was a clear sign of good and smooth cooperation between the two countries, adding that agriculture was an important sector to Tanzania’s economic growth.

Deputy Minister for Agriculture Omary Mgumba noted that the new facility will provide a reliable market for growers in addition to creating employment opportunities especially for the youth.

According to Christophe Gallean, Managing Director at CSTC, the construction of the factory had started in 2012 and it will be processing quality cassava flour to serve the East and Southern Africa, Middle East, Europe and the United States markets.

According to the Deputy Minister of Trade, Industries and Investment, Engineer Stella, Cassava is among the agricultural produce, which the ministry is highly prioritising to drive the country’s economy and increase the country’s Gross Domestic Product (GDP).