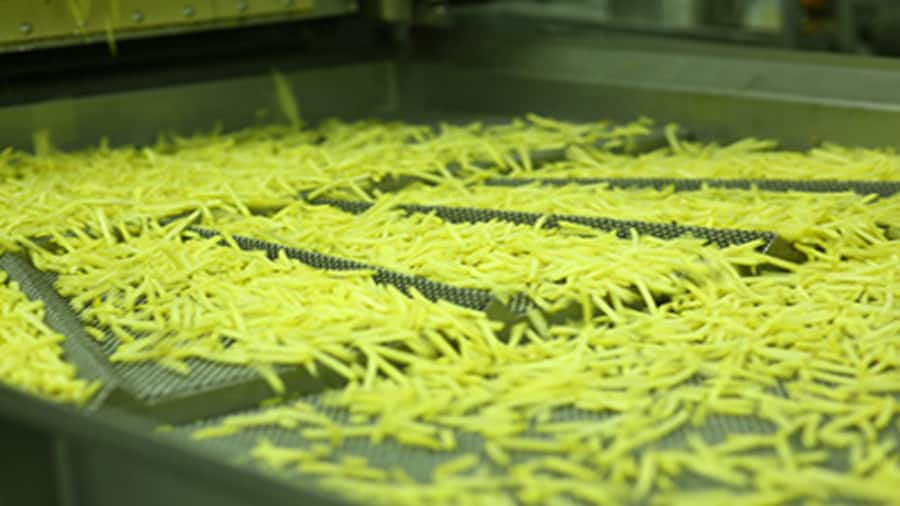 KENYA – The newly established Engineer Foods Processing plant, a potato processing plant in Nyandarua County, is set to significantly boost the sector by addressing perennial challenges associated with the crop.

Located in the leading potato producing region, the multi-million plant has an installed capacity of processing one tonne of potatoes per hour set to complement the Midland Food Processing Factory which closed operations years ago.

The plant is also set to benefit producers in the region who have cited poor prices due to lack of a stable market as well as post harvesting challenges as some of the major perennial challenges experienced in the sector.

As a leading potato producer in the country, Nyandarua’s potato post-harvest losses stands at 40%, which has been valued at to US$29.97 million annually.

Danson Ndegwa, the managing director of the new plant, said that through value addition the “factory will give them a new lease of life by processing their produce and offer them a reliable market, will be able to fetch better returns of their produce.”

Mr Ndegwa added that the company has also contracted agronomist who would advise the producers on best practices and means of tackling other production related problems in a bid to improve production.

Addressing challenges in the sector

Early this year, Kenya announced a partnership with German chemical firm BASF in a project that seeks to address post-harvest losses of potato experienced by farmers in the country.

In a project spearheaded by the Kenya Investment Authority, BASF is set to test a storage technology, known as polyurethane in the leading potato producing region, while other partners will facilitate construction of horticultural park houses equipped with the modern storage equipment in October this year.

In addition, the Nyandrua county government has also partnered Ireland in the ‘Potato Sector Capacity Building Project’ as an initiative that seeks to introduce high performing and early bulking potato cultivars to improve the yields.

The initiative has also brought on board the Kenya Plant Health Inspectorate Service (KEPHIS), Integrated Pest Management (IPM), Kelvin Food Industries Kenya Limited, among other players in the sector.

The national government has also developed the National Potato strategy 2016 – 2020 and Potato Produce and Market Bill 2014 as major key documents that provide policy direction in the sector.

According to a Standard report, Hosea Machuki, chief executive at Fresh Produce Exporters Association of Kenya revealed that the country’s potato production potential ranges between 8 and 10 million metric tonnes annually.

Currently, the country produces lower that its major competitors including Tanzania, Rwanda, South Africa and Egypt at an average annual potato production of between at 2-3 million metric tonnes.