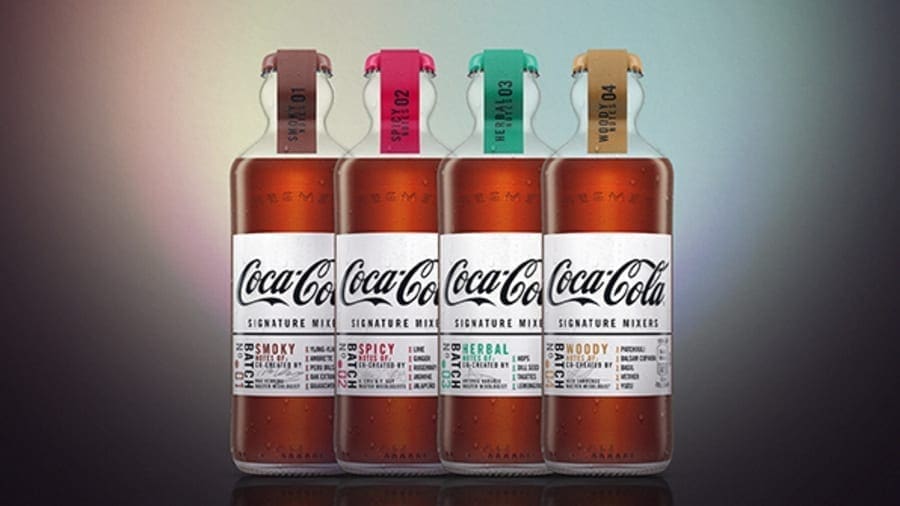 UK – Coca-Cola has unveiled its first ever range of Signature Mixers specifically meant to be enjoyed with dark spirits such as whisky, bourbon and rum.

The new range has been developed in partnership with several bartenders from around the world, a project which started in May 2018.

They will be released in the market in four flavours: Coca-Cola Signature Mixers Smoky Notes by Max Venning, Spicy Notes by Adriana Chía and Pippa Guy, Herbal Notes by Antonio Naranjo and Woody Notes by Alex Lawrence.

Each flavour was created following a process which saw the bartenders’ experiment with over 200 contemporary and traditional ingredients.

Several concepts were created and trialled with consumers, and the four most popular flavours were selected for release.

The Coca-Cola Signature Mixers will be packaged in a contemporary Hutchinson glass bottle, inspired by the glass bottle first used by Coca-Cola in 1894.

“Coca-Cola has always had a synergy with dark spirits and classic cocktails, from the inception of the iconic Cuba Libre in the late 1900s to the popular Whiskey & Coke in the early 20th century,” said Ana Amura, Senior Brand Manager at Coca-Cola Great Britain.

“With the rise of mixed drinks, we’re excited to announce the launch of Coca-Cola Signature Mixers, a specific range uniquely created to mix with dark spirits.

“Working with an inspirational group of global mixologists to create amazing flavour combinations, we hope Coca-Cola Signature Mixers open up the world of mixology to an even wider audience.”

Spicy Notes is a combination of citrusy lime, ginger, spicy jalapeño, fragrant rosemary and aromatic jasmine to create a balance of zest and earthy flavors while Herbal Notes offers a floral, crisp and tart mix, made of refreshing notes of lemongrass with the earthy tones of dill seed and tagetes.

Woody Notes is crafted from a blend of earthy patchouli, citrusy yuzu and aromatic basil to enhance the mellow wood and sweet tropical flavours of golden rums and smoky to woody whiskies.