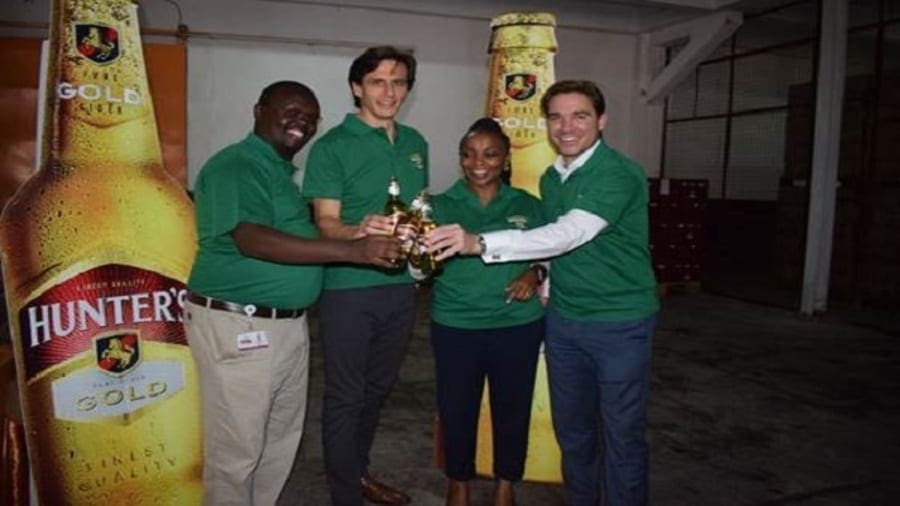 KENYA – The Kenya Wines Agency Limited (KWAL) has launched a new production line for the local manufacture of ciders as it seeks to expand into the growing alcoholic beverage sector in the country.

The launch, which comes at a time when the firm is celebrating 50 years in the alcohol manufacturing business, will initially major in production of the ‘Hunters Gold’ cider.

“As we celebrate 50 years of being in business, our focus is on business expansion as well as growth in market share across all the products in our portfolio.

“The cider production line will initially focus on Hunters Gold, which is currently Africa’s largest-selling cider.

“This project has been in the making for the past one and a half years and we do anticipate that it will be a game changer for KWAL in the market,” said the companies managing director Lina Githuka.

According to a report by Kenyan Digest, Ciders largely influenced the country’s alcohol consumption trend in 2018 as consumers’ cider preference recorded major growth.

During the period, the country’s total cider consumption increased to 9 million litres causing an 8.5% and 8.1% decline in the beers and mixed drinks segment respectively.

“Our focus is to occupy at least 50% of the cider and mixed drinks segment by the end of the year.

We plan to do this by taking advantage of our wide distributor network as well as use of 3rd party listing agencies to supplement the sales team,” Githuka added.

KWAL was established in 1969 as a State Corporation and has been in operation for the last 50 years.

In 2016, South Africa based beverage major Distell, acquired a 26.43% stake from Investment Company, making it the largest shareholder with 52% ownership of KWAL.

In its efforts to support the formal alcohol industry, the Kenyan government has in the past intensified measures against alcohol abuse and closure of sub-standard liquor companies.

Consumption of formal alcohol, which includes beer, spirits and wines accounts for 56 per cent of the drinking population while informal sources account for 44 per cent, a report new report by the Institute of Economic Affairs reveals.

Comparably, Kenya alcohol consumption at 3.4 litres of alcohol per capita ranks below its East African peers Uganda and Tanzania at 9.5 and 9.4 respectively.

According to the report, the average consumption of recorded and unrecorded alcohol per capita in sub-Sharan Africa stands at 6.3 litres per year.

Nigeria, the most populated country in Africa, had the highest alcohol consumption at 13.4 litres per capita followed by Gabon at 11.5, Eswatini (Swaziland) 9.9, Namibia at 9.8.