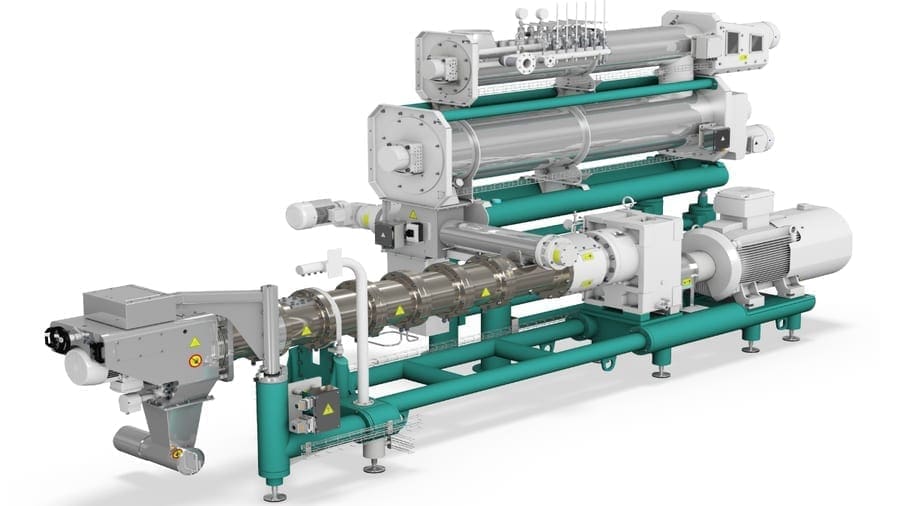 It is a modular system so Bühler can adapt PolyOne to customers’ specific needs, such as higher capacities.

The company is showcasing solutions for the entire feed value chain, with a special focus on how to use digital services to make the feed industry safer, and more profitable.

Kubex T provides process transparency thanks to an application that connects it to Bühler Insights, the cloud platform for the food and feed industry.

A dashboard visualizes data for customers, making their processes transparent.

This allows for seamless tracking and brings production downtimes to a minimum. Algorithms and Bühler experts help millers to optimize the mill’s parameters.

With it, customers achieve higher profits and lower production costs thanks to innovations in intelligent process optimization.

Customers will use up to 20% less energy compared to conventional pellet mills, benefit from high production capacities of up to 80 tons per hour, and a customer-driven design, all of which are the result of extensive Bühler research and development in cooperation with leading feed millers.

It minimizes toxic contamination in maize and improves yield, by identifying and removing cancer-causing, aflatoxin-infected grains.

Developed in partnership with Microsoft, LumoVision is a significant advance for the maize processing industry in its fight against toxic metabolites produced by fungal molds called mycotoxins, the most poisonous of which is aflatoxin.

The innovation can eliminate up to 90% of contaminated maize.

“Advances in digital technology, together with our sorting, food, and feed safety expertise, make this an unrivalled system that contributes to solving a major global security challenge,” said Matt Kelly, managing director of Digital Technologies at Bühler.