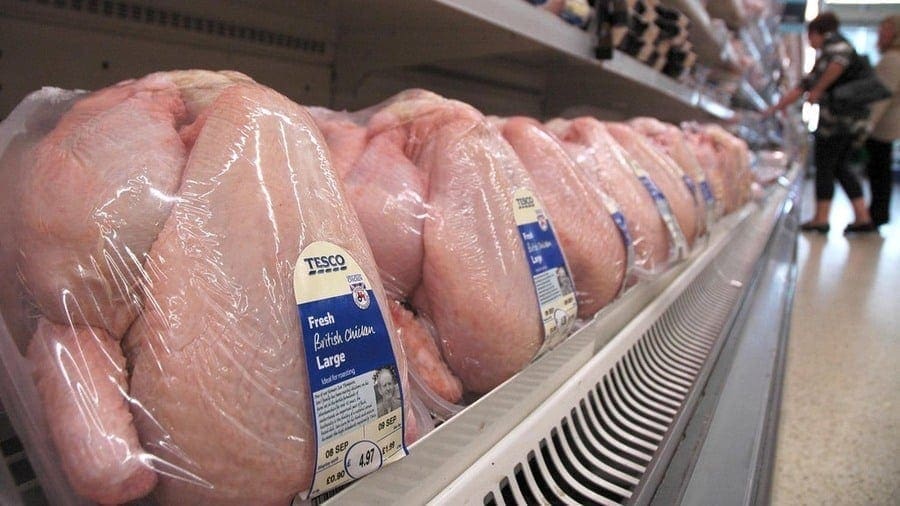 UK – The UK Food Safety Agency has released a new review showing level of campylobacter contamination in chickens from a number of UK major retailers.

The figures indicated that 3.5% of chickens purchased from the top nine UK food retailers tested positive for the highest level of contamination of campylobacter.

According to the FSA data, which covered samples tested from January to March 2019, the chicken carried more than 1,000 colony forming units per gram (cfu/g) of campylobacter.

The results have been published as part of a long-running campaign to bring together the whole food chain to tackle the problem.

“Campylobacter levels have remained steady and are below our target of 7% at the highest level of contamination,” said Rebecca Sudworth, Director of Policy at the Food Standards Agency.

“Nevertheless, we will continue to work closely with retailers to bring levels down to as low as reasonably achievable.

“Our advice to consumers remains the same: take care when handling raw chicken, do not wash it, and ensure it is cooked thoroughly before serving.”

Fresh chicken from Tesco (6%) had the highest amount of the bacteria.

Lidl published the lowest of the nine retailers with just 0.015%, while the Co-operative reported 0.9 percent.

It can trigger food poisoning if the meat is not properly cooked and mostly infect humans and other animals, causing disease.

The bacterium’s main natural reservoir is poultry; however, humans can contract the disease from eating food contaminated with campylobacter species.

The agency has been testing chickens for campylobacter since February 2014 and in 2017 required major retailers to carry out their own sampling and publish their results under robust protocols.

Commenting on the results review, Tesco said: “We aim to remain at the forefront of progress on campylobacter reduction and to ensure we deliver this we have introduced our own industry-leading target – that at least 95% of chickens supplied to Tesco will have minimal levels of campylobacter (less than 1000 cfu/g).

“This will enable us to help our customers be as safe as possible while handling and cooking poultry.”