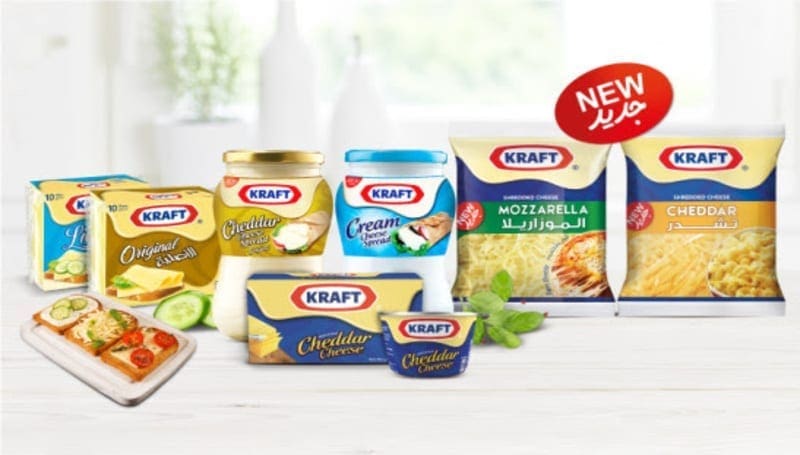 DENMARK – Arla Foods has received a license to use the Kraft® brand in the Middle East after acquiring the cheese business from Mondelez International last year.

The license agreement will run for a period of 12 years giving Arla the right to use the Kraft brand on cheese products except for Macaroni & Cheese and packaged food products containing a combination of cheese and other foods such as crackers.

“We are pleased to reach this agreement with Kraft Heinz.

It secures an important continuation of the business we have acquired, which is also good news for the millions of consumers in the region who know and love the Kraft branded cheese products,” said Executive Vice President of Arla’s international zone, Tim Ørting Jørgensen.

“Combining the Kraft cheese portfolio with our own Puck® range will make us a leader in the cheese category as we can offer customers and consumers the two strongest cheese brands in the market.”

Arla agreed to acquire Mondelez’s processed cheese business in the Middle East region, licensed under the Kraft brand in December 2018.

Expanding in the Middle East and Africa

The deal which closed in May this year expands the Denmark-based firm’s footprint in the Middle East region.

The acquisition also included a state-of-the-art cheese production site in Bahrain, which provides Arla with the opportunity to further expand the company’s branded cheese production in the region Middle East and North Africa (“MENA”).

Arla said it is moving some of its processed cheese and sterilized cream production from three of its sites in Denmark and Saudi Arabia to the newly acquired site in Bahrain.

The company has identified MENA region as one of the key geographical regions in its strategy, Good Growth 2020.

Since 2010, it has more than doubled its sales organically across the MENA region, which is the company’s largest market outside Europe, according to Arla.

This was boosted by strong positions in cheese under the Puck® brand, butter and spreads under the Lurpak® brand as well as milk powder and UHT milk under the Dano® and Arla® brands.