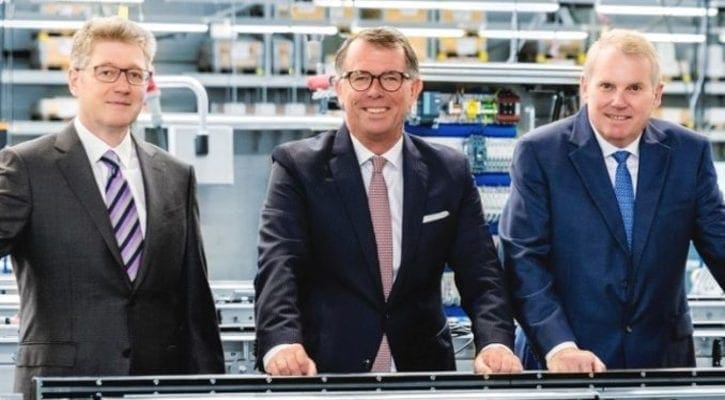 GERMANY – Packaging solutions provider, Multivac Group has announced that company CEO Hans-Joachim Boekstegers will be stepping down from the company effective 1 January 2020.

He will be replaced by his director colleagues, Christian Traumann and Guido Spix who will jointly manage the company.

Hans-Joachim joined the company as CEO in 2001 and has seen it grow and develop into a multinational packaging and equipment services provider.

He was in particular responsible for the systematic expansion of the product portfolio and MULTIVAC’s sales and service network.

During his tenure, the company’s turnover was more than quadrupled, reaching some 1.1 billion euros at the end of 2018, and the number of employees rose from 1,600 to around 5,900.

“In order to ensure that there is continuity in MULTIVAC’s strategic direction, the course is already being set with an extended planning phase for the transfer of responsibilities to Mr Boekstegers’ successors,” said Multivac in a statement.

“Mr Boekstegers will continue until the end of the year to guide MULTIVAC’s destiny as usual, and he will remain on friendly terms with the company after this period.”

Mr Traumann will assume responsibility for Sales and Finance, while Mr Spix will become responsible for Technology and Production.

Christian Traumann had been Commercial Head of the MULTIVAC Group since the beginning of 2002, before being appointed as Director and CFO for the Group in August 2008.

Guido Spix joined the company as Director in March 2009 and has since assumed the position of CTO/COO.

The top seat shakeup comes at a time the company is looking to expand and diversify its operations.

It recently acquired German based manufacturer of bakery equipment and machines, Fritsch Group.

Fritsch produces small to industrial-scale equipment for bakery products customers in Germany and also in Russia, Poland, Great Britain and the USA.

After investing US$19.6 million in a new meat portioning equipment facility in Germany, the company opened its first production facility in Eastern Europe.

Located in Bulgaria, the facility will include a state-of-the-art warehouse and logistics centre, a training centre and an administration building.